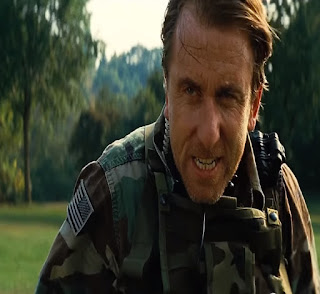 The main villain of The Incredible Hulk film in the MCU, Emil Blonsky starts as a foreign soldier on loan to the U.S. Army to bring in Dr. Bruce Banner. They inject him later with a super-soldier serum (much like the one Captain America had) and he really became a menace. 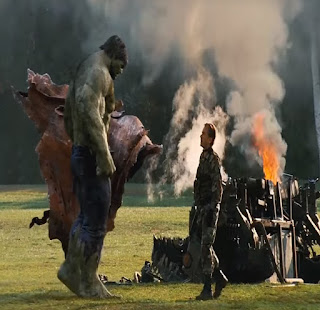 But up against Hulk's raw might, he was easy enough to get out of the picture. 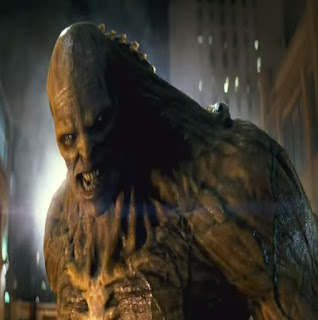 But after more "science" gone wrong, he turns into the Abomination, a creature that cannot revert back to his human form. More than enough of a challenge for the Hulk, but our big green friend gets the upper hand and defeats him. While I wont' say the villain was that bad, I kind of forgotten that he even existed when thinking back on the early history of the MCU.
Posted by Adam at 10:00 PM

I've read the 1960s comic in which the Abomination was introduced. There he's a foreign agent (probably Russian) posing as an American soldier who sneaks into the Gamma radiation machine (the Hulk himself was a victim of the gamma bomb invented by his own alter ego Bruce Banner), hoping to sabotage it but accidentally turns it on instead, getting zapped in the process.