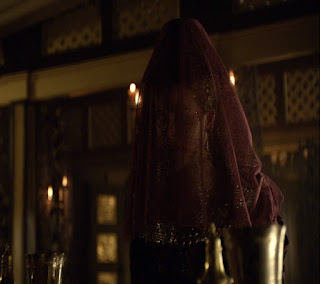 Henry VIII's fourth wife Anne of Cleves seems the strangest choice for a bride when you first see her. Purely political, the marriage was to protect Henry against Catholic foes. But the Protestant Germans seemed very resistant to the marriage and even tried to hide Anne's face behind a veil. 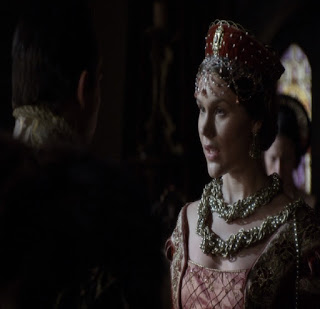 But Henry eventually gets to see his bride's face and man he is not happy. Mainly because she didn't like him too much either. 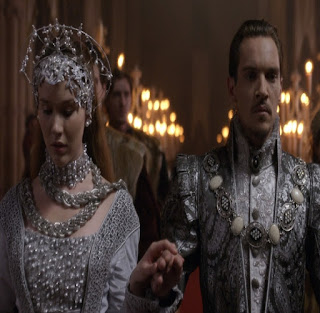 But Kings have to marry often not for love. Despite what Henry says, I don't think she's ugly. 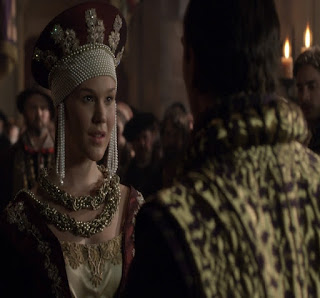 But after a very awkward try to create a second prince, Henry decides to annul the marriage. 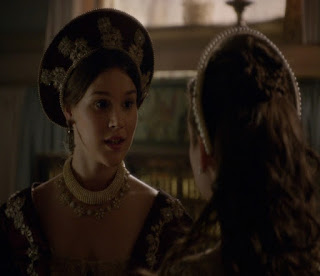 Anne decides to stay in England instead of returning home. She befriends both Mary and Elizabeth and is kind to almost everyone. If I was King Henry VIII, she'd be the wife I'd pick. Sure most of the others were prettier, but none were as sweet.
Posted by Adam at 11:00 PM

She was always my fave too.

You should watch the 1930s movie The Private Life of Henry the VIII with Charles Laughton. Elsa Lanchester, Laughton's real-life wife, plays Anne of Cleves. There's an amusing scene where the King plays cards with his bride on his honeymoon as way of avoiding sex.