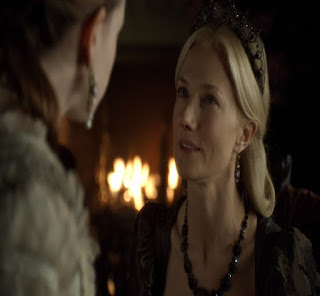 Catherine Parr is the last wife of King Henry VIII. I thought it was kind of odd of how the King chose her and why. They don't have much of a romance, she's more of his caretaker and nurse than his wife in reality. Though in secret, she is a devout Protestant of more of a Lutheran variety. 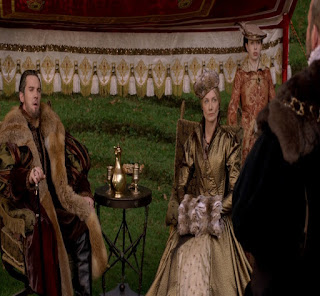 Which causes some of the semi-Catholic priests in the Church of England to try to set up her own downfall. They are even bold enough to try to arrest her, and in front of the King no-less. 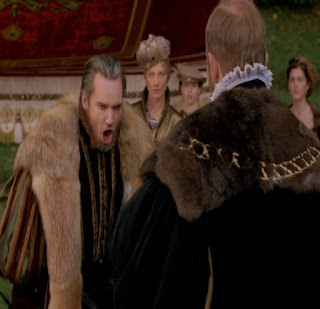 I did like how King Henry VIII protected her without any weakness or restraint. 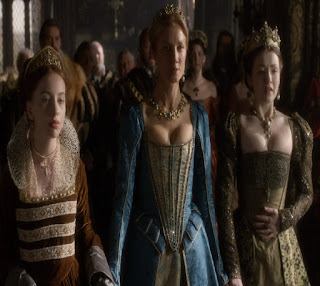 She also seemed to be kind to Henry's natural children. But overall, she was certainly the most boring of King Henry VIII's wives as there wasn't much drama in their relationship, just like it was in the reality.
Posted by Adam at 10:00 PM

Catherine Parr crammed a lot of living into a few short decades. I'm sure being his nurse and caretaker was no picnic.

She had her work cut out for her then...looking after him as he would probably have not been a good patient.