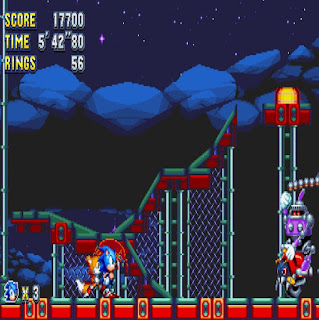 One of the later bosses in Sonic Mania comes after Sonic and Tails on a robot ladybug while carrying a mace. 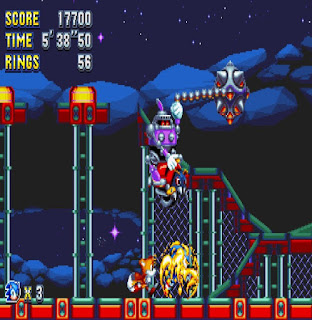 The thing about this battle is that the boss isn't difficult to dodge. However, he's difficult to attack. Took me a little while to get my timing right. 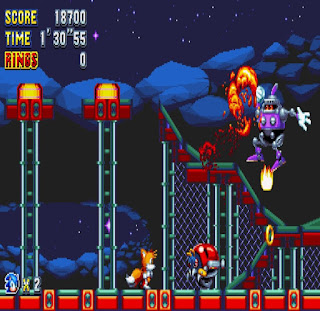 But eventually the robot became a pile of robot pieces.
Posted by Adam at 11:00 PM