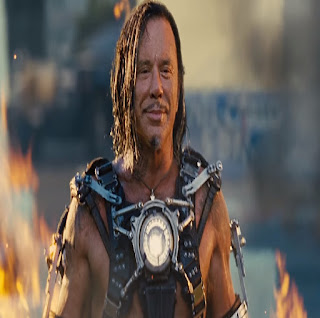 Ivan Vanko is a Russian scientist whose father was "betrayed" by Howard Stark. So he decides to get revenge on Howard's son Tony Stark. He surprises him while Tony is doing some kind of racing event. 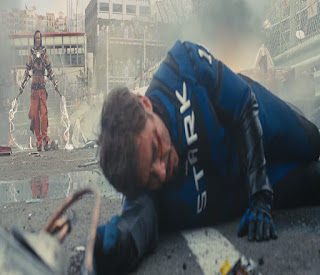 I did think it was kind of silly how easily Tony was able to dodge Whiplash's electric whips without his suit. 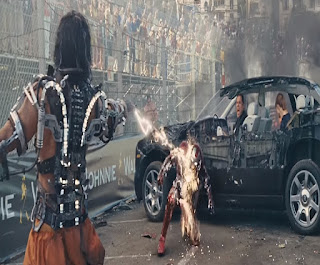 But almost loses when he gets his suit on. It's also kind of dumb Ivan Vanko made a suit that could have easily been stopped by a mall cop in reality. Sure he has the powerful attacks, but almost nothing to protect his head. 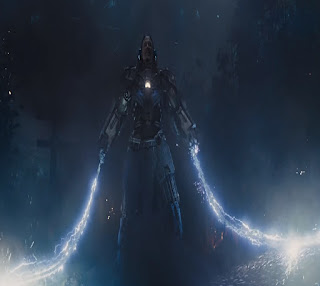 In the finale of Iron Man 2, he does get a more suit much more like Tony's. And to top that off, he has a lot of robot drones to help him. 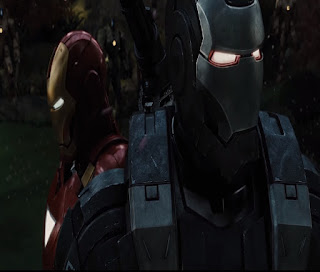 Which took both Iron Man and War Machine to stop. 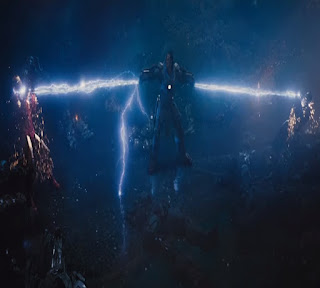 He wasn't the greatest villain in the MCU but I liked him overall.
Posted by Adam at 10:00 PM

Yeah, I have a soft spot for the big lug and his electrified whips too.

When I think of whips, I always thing of Gandalf and the Balrog. One of these days I'm going to have to watch an MCU movie. You and Debra have piqued my interest. I

I liked him too. I think Mickey Rourke did a fantastic job with this character.