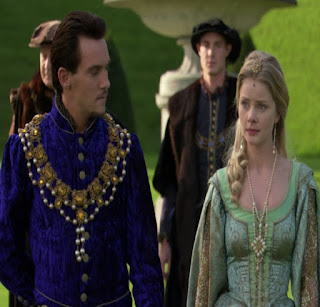 With the marriage of King Henry VIII and Anne Boleyn quickly deteriorating, the King sets his eye on the pretty Jane Seymour. 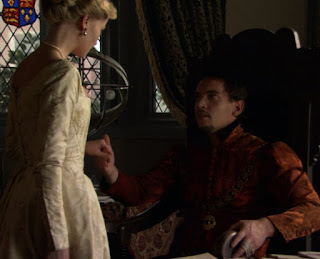 Besides being a womanizer, Henry was adamant about producing a son so the Tudor dynasty would not leave behind another War of the Roses for England. 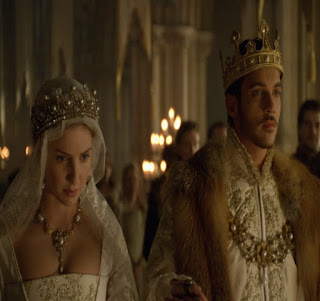 After Henry has Anne killed, he soon marries Jane. Like Anne, Jane was one of his subjects, and she had much to worry about if she was unable to produce a son. Henry was afraid of Charles V enough not to find a reason to condemn Catherine of Aragon, but Jane's family were by law, always loyal to the House of Tudor. 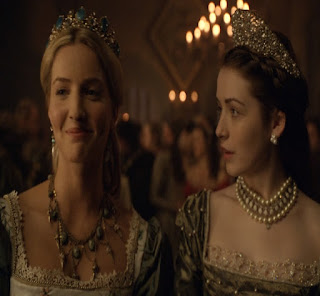 She always seemed to be very kind and sweet. I thought it was touching that she wanted to repair Henry's relationship with his daughters. 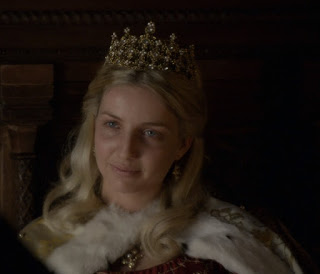 She manages to give birth to the future Edward VI of England, but dies not long afterward. Leaving the King very upset over the death of the only wife he really "loved". 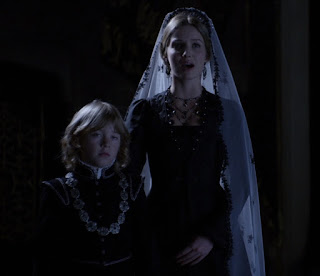 While their relationship never became bitter, her ghost confronts him at the end of the series. Giving the omen that (yes actually) that Prince Edward would die at a young age.
Posted by Adam at 11:00 PM

You're right to put "loved" in quotation marks. He "loved" her only because she produced a male heir for him.

I really liked this movie.