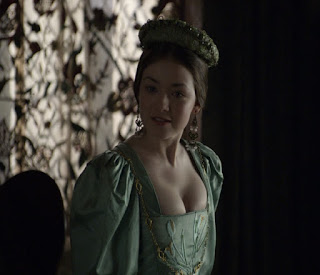 While I had never been a fan of the real-life eldest daughter of King Henry VIII, I did like her in The Tudors show. 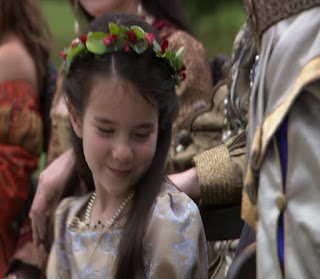 At first she's just a little girl. But still, her mother and father have already set up ideas of her being married off to some foreign prince or king. 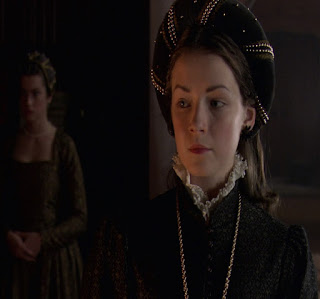 However before she marries, her parent's marriage goes up in smoke. Since her father hated her mother, she is punished by having her demoted from Princess to "Lady". And she basically becomes a servant more than anything. 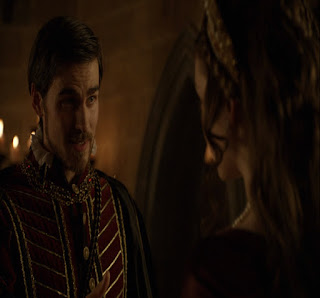 But eventually her father and herself repair their bond. She becomes a recognized princess again and even hopes to marry. I did enjoy the mild romance between her and Phillip, Duke of Bavaria. 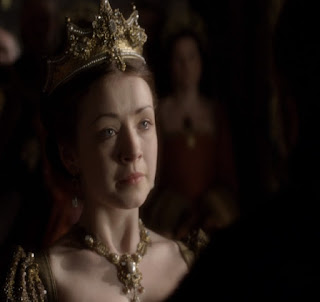 She did look sad at the soon-to-be doom of her father. With such a strained relationship in real life, I kind of wonder if the actual Mary Tudor had been pretty sad at her father's demise.
Posted by Adam at 10:00 PM

"Bloody Mary." She executed a lot of people in the name of religion. Given her relationship with her half-sister Elizabeth, it's ironic that they share the same tomb in Westminster Abbey. History is fascinating! Thanks for prodding me to revisit so many things!