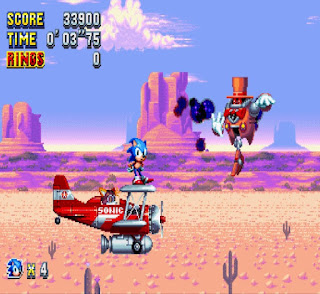 In Sonic Mania, it seems this boss is summoned by the robot magician after some floating and mocking at Sonic and Tails. 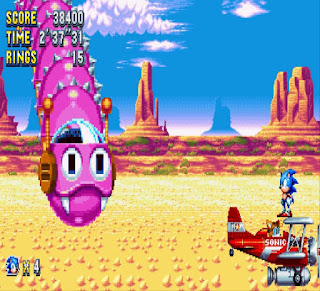 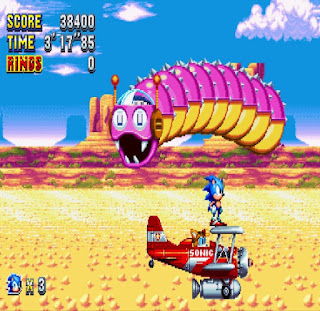 I found this battle a little tricky since Sonic has to depend on the plane (which auto catches you) which makes movement a little awkward. 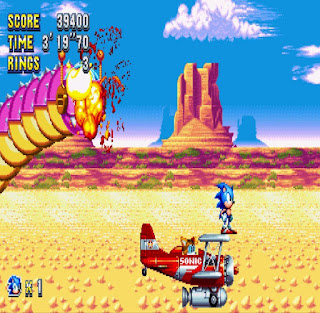 I think I died a few times before I defeated it.
Posted by Adam at 10:30 PM