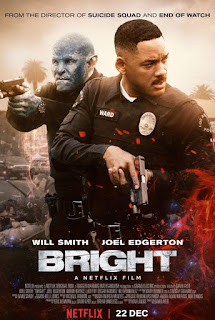 While Netflix has proved that it can produce quality TV shows of their own, it does seem rather apparent that they want to make movies their standard as well. They've had a bumpy road with that as they had more duds than successes. I suppose their best movie had been Mudbound which did make a minor splash at the Oscars this year. Bright is one of the bigger movies as it stars Will Smith and it did seem like it was expensive to make. Sadly, critics panned the movie quite hard but regular people seemed to like it a lot more. 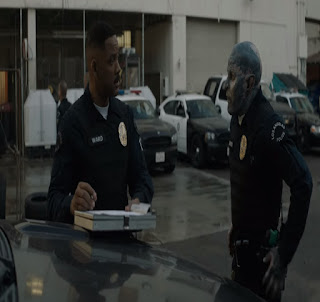 The film is a mix of genres. It combines the fantasy land of a Lord of the Rings-like setting (elves, orcs, etc) and the world of a cop movie. It's set in an alternate universe Earth where humans grew and evolved alongside orcs, elves, and other creatures. Orcs are mostly hated by humans, Nick Jakoby is the only orc who is a police officer and he's equally hated by people and his own kind. His partner Daryl Ward was shot by an orc after Jakoby was eating lunch and let his guard down. Ward comes back to work and things are really tense. 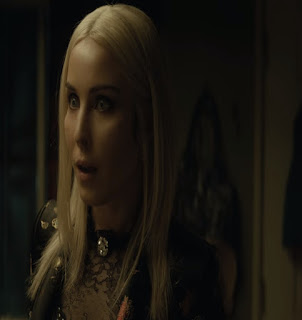 However a group of renegade elves are searching for the last magic wand to revive an evil dark lord who would plunge the world into madness. The leader of the Inferni elves is Leilah, an extremely gorgeous but incredibly deadly woman who will stop at nothing to bring her dark lord back to life. The last wand is in the hands of a elf with PTSD, and her name is Tikka. She is found and protected by Ward and Jakoby, but when everyone in Los Angeles wants the infamous magic wand (very similar to the desire for the ring in Lord of the Rings), they're going to have a heck of a time trying to just survive. 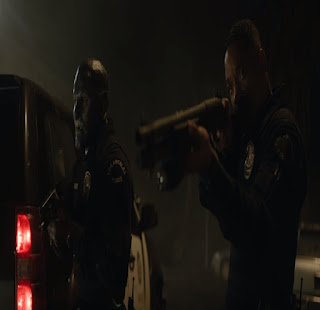 Overall Bright was a bit better than I expected so I can see why a lot of people liked it. That being said, I can also see why people hated it as well. It's directed by the same guy who did Suicide Squad which I also thought fell short of potential. The action can be a bit of a boring mess, and they do a terrible job at explaining the backstory. And it's really stupid how many times Jakoby and Ward dodge instant death too.

Email ThisBlogThis!Share to TwitterShare to FacebookShare to Pinterest
Labels: movie review, Will Smith

Hmm. I hadn't heard of this one.

If it was on cable I'd watch it.

I haven´t watch this film yet
xx

That makes me... irregular!

Yeah, gotta kinda stupid how many times they survived

That sounds like a movie the Husband might enjoy. I don't pay attention to critics. I've liked movies they've panned, and vice versa.

I'am glad to read the whole content of this blog and am very excited,Thank you for sharing good topic.

I loved it ..watched it 3 times to catch the stuff I didn't catch at first.

We saw this. I'd give it about the same score.