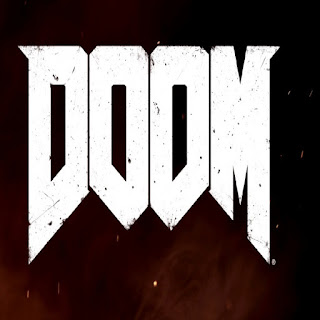 Doom certainly wasn't the first FPS to exist in video games, but to "popular culture" it might as well was. FPSs used to be called "Doom clones" for good reason. That's until games like Half-Life, Halo, and Medal of Honor far surpassed it in quality and evolved the genre in full 3D. This reboot of Doom was the first game in the series since Doom 3 (2003), which is a pretty large gap. 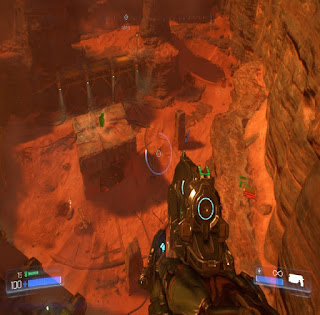 The game starts with you as a space marine on Mars. Almost everyone one else has died, and you have to fight the demons (literally) all by yourself. Though you are "guided" by some guy who can deliver messages through radio or something like that. 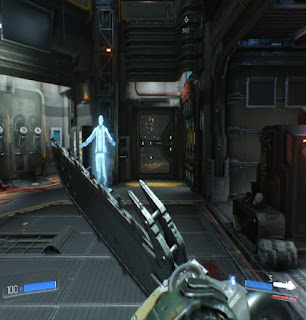 But the campaign is a big mixture of platforming and chaotic fast-paced battles. There's also plenty of weapons to experiment with. Before a battle starts, it's also would be wise to figure out exactly how you are going to use these tools and in what order. Because in some of these fights, you'll need all the help you can get. 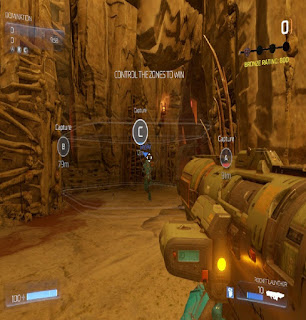 There's also online multiplayer which supports many players (well maybe not as many as Fortnite) in modes typical of the genre. You have the standard death-match, control the zones, and a few other modes as well. I will say that I have notice that the community for Doom multiplayer is mostly flat, as it's difficult to find matches sometimes especially if you're picky about a mode. 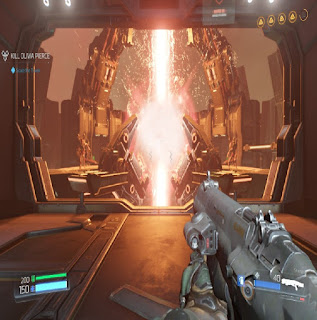 But overall I will say Doom on Nintendo Switch only slightly improved my relationship with the series. I've never been a big fan, but I can say they did try pretty hard to perfect the game-play the series started. But despite the fancy graphics and audio of the HD era, a lot of the game feels like you're stuck in the 1990's. I also found the campaign too difficult once you get to the literal hell, and the multiplayer certainly was rather vanilla and didn't make up for it. While a noble effort, id Software might want to seriously evolve the series if they want to keep it from being just a game for nostalgia.

I can't play this type of games. Cause they make me being too nervous about being killed in it.