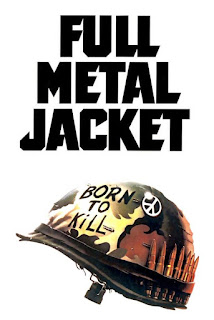 Full Metal Jacket is a movie I've heard of for many years, but I never had the chance to watch. I knew it was about the Vietnam War, but I didn't know much else about it. Vietnam War films are numerous, and it's often confusing about which ones to watch and which ones to avoid. I had an rough idea what to expect, and I was pleasantly surprised that it was quite a bit different from what I imagined in my head. 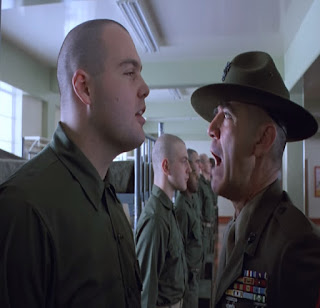 The film starts out at a U.S. Marine Corps boot camp in South Carolina. The commander Gny. Sgt. Hartman is merciless and vicious. He doesn't back down from insults and "motivation" for his new troops. He dubs numerous cadets nicknames, such as Pvt. Joker, Cowboy, and for his most hated recruit Gomer Pyle. Pvt. Pyle is a constant disappointment and Pvt. Joker is tasked to helping him improve. However things will go sour near the end of boot camp. 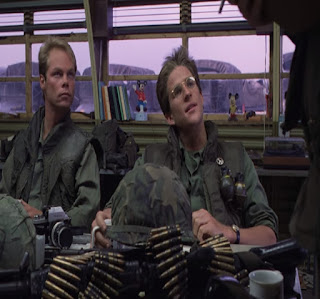 The second half of the movie shows Pvt. Joker separated from most of his friends at Boot Camp during his tenure in Vietnam. He writes for a military newspaper and his commander isn't too happy when his papers don't exactly "boost morale". Though Pvt. Joker does have to go to real dangerous spots in the war, and he'll have to use a M16 when a pencil won't do the job. It's going to be a long war. 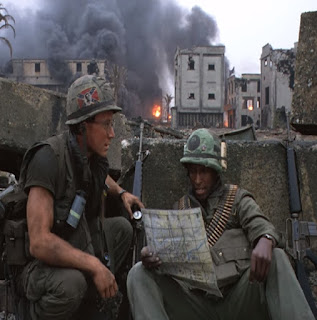 Overall I was really impressed by Full Metal Jacket. The boot camp section was pure brilliance but ironically probably served as inspiration for the over zealous commanders in my JROTC high school days. I also noticed a few things in the movie that coined things in popular culture later on as well. It's actually based on a book called The Short-Timers, and there are major differences in the 2nd half which in the movie does feel imbalanced. I do wish they kept with the plot in that, because the ending of the book sounds more powerful than the end of the film. Nevertheless, a great movie that's not exactly about war per se, but an awesome movie in its own right.

I saw this years ago and enjoyed it. I didn't read the book so didn't know there was a different ending--but that often happens in the movies.
xoDiana

I've been watching quite a few military movies lately, but this is one I never watched. Definitely need to check it out. Hugs...RO

I loved this movie. We have a copy of it, but Jason hasn't seen it yet. I'll have to catch him up on it this weekend when our temperatures will be too hot to be outside.