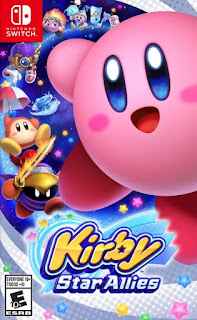 I've been a fan of the Kirby series since I was a little kid back on the NES with Kirby's Adventure. Granted I skipped a vast majority of his games on handhelds as they were numerous and not many seem to stand out more than another from what I could tell. But I really wanted to check out this new Kirby game on Nintendo Switch. So how was it? 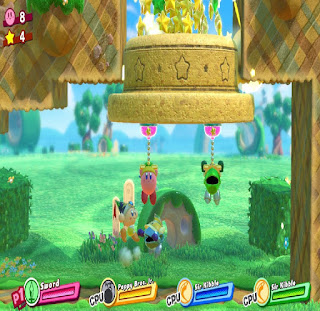 While not 100% new to the series, the gimmick here is Kirby can recruit up to three enemies to be his "friends". Almost any enemy (besides the weak ones with no powers) can be recruited, including sub-bosses. You even have a special area where you can ally with major characters in Kirby's past like Meta-Knight, King Dedede, and more. You can combine powers with your allies, to say make a fire sword, a super throw, and many more. 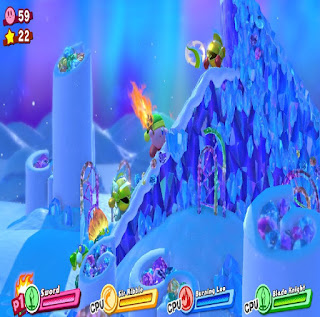 The gameplay is pretty straight-forward Kirby goodness. This is certainly not a spinoff with much different gameplay like Canvas Curse or Tilt N Tumble. You led your team with Kirby in very linear levels. There are (not so very well) hidden room where you can unlock bonus stuff and new stages along the way. 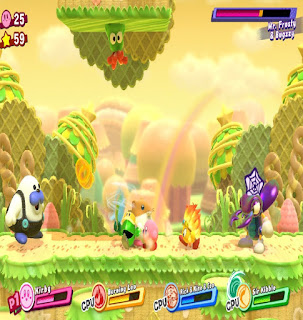 The game is filled with plenty of subboss and boss fights. Some are traditional Kirby fights while some branch out a little. One boss fight takes place in full 3D which is something that may be new to the series, as I can't remember one like that. 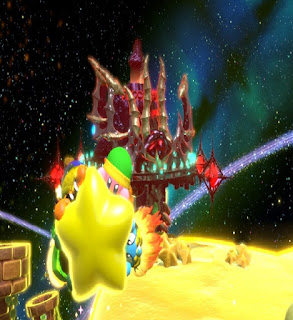 But overall I wouldn't say this is the best game in the Kirby series, but it's one of the better ones. When the game starts to get stale, it adds surprises to shake things up. They do recycle some boss fights, so that is rather annoying. But the final boss is one of the best fights in Nintendo's Kirby series in a long time.

Don't know much about the new games but I was a big fan of Mario long time ago!!!!