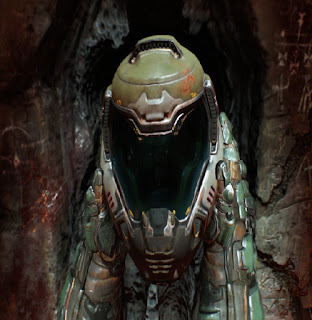 Doom was one of the real popular FPS games to ever exist, so much that people used to call the genre "Doom clones" all the time. However Doom as a series fell behind the likes of Call of Duty and Halo once video games started to get really good in 3D. The Nintendo Switch got a port of the PS4/Xbox One game from two years ago and I decided to give it a try. 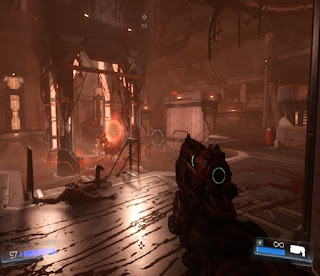 Like all Doom games, you're some space marine (I guess) on Mars. You wake up and find out that all hell has broke loose. And yes I mean the literal hell, because demons are everywhere. 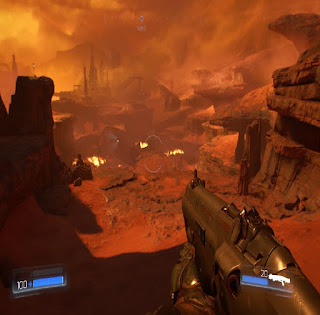 I do like the setting and the enemies are pretty unique and different. I had to learn how to conserve my ammo because some of the tougher enemies can't be taken down with a little laser pistol. You really have to use your brain in battle. 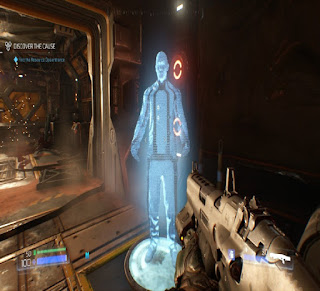 I've enjoyed the first hour of the game so far. However I know I don't really like how I'm guided through levels. Paths can be really similar and too confusing for their own good. I hope later levels fix this, but I kind of doubt it.
Posted by Adam at 11:00 PM

That first pic reminded me of the predator.