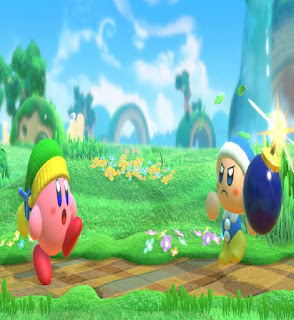 While Kirby has never been one of Nintendo's greatest series, I've found it difficult to hate the little pink hero over the years. Star Allies is one of the rare console Kirby games but since the Nintendo Switch is a hybrid of both console and handheld, I guess it's both? 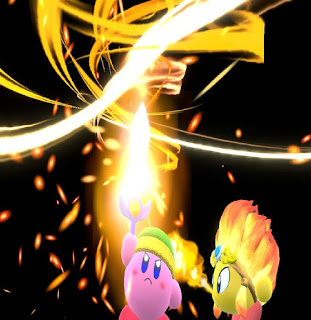 The main gimmick in this game is that Kirby can throw hearts at foes and make them his "friends". They can also combine their powers and there's many different combinations. 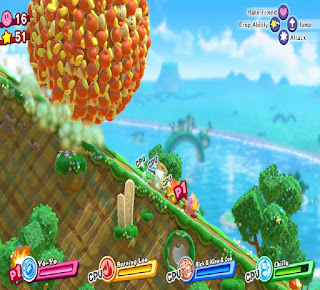 But you basically add three "friends" and CPU takes over for them while you fight as Kirby. 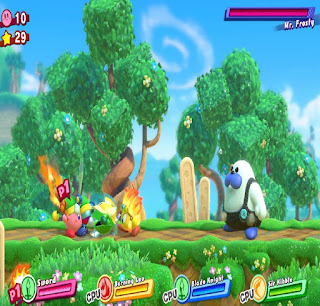 But like every Kirby game you complete stages and fight bosses until you're done. The only thing different this time is that you have a party. 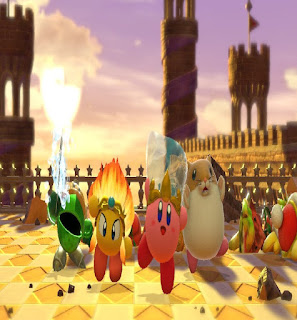 While the four friends battle system can seem too chaotic for its own good, after one world, I had quite a bit of fun with this new Kirby game.
Posted by Adam at 11:00 PM