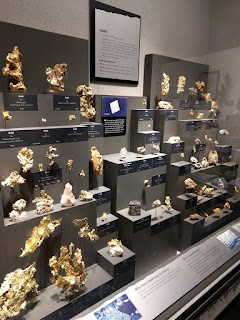 This was mostly my favorite section of the Smithsonian Museum of Natural History. Their rocks, minerals, and gemstones are vast and notable. Here's a whole bunch of gold. 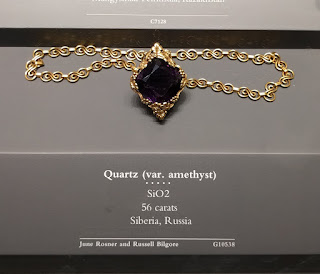 I also liked this necklace from Siberia in Russia. 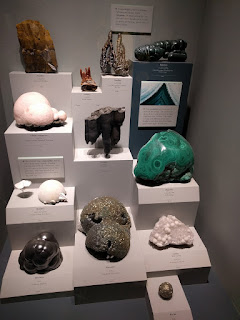 These were some "ugly" rocks, but they are in beautiful in a way. 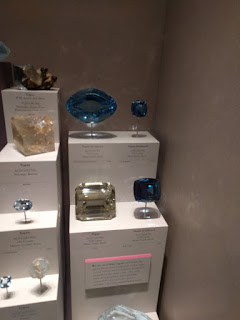 Most of these here are various forms of Topaz. 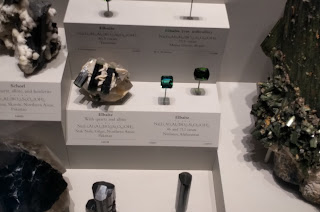 These are mostly examples of elabite which kind of makes me think that this is the closest thing to "Fool's Emerald". 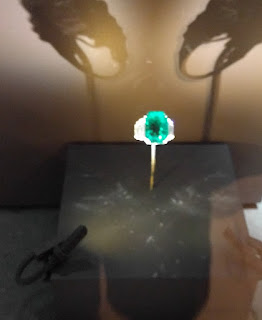 Speaking of emerald, here is a super pretty emerald ring. 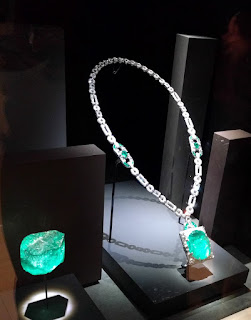 Along with a necklace and another chunk of emerald. Looks like it belongs in the Wizard of Oz, such a pretty green. 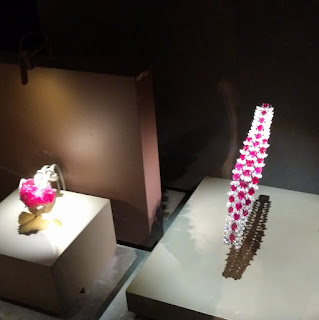 Rubies there were impressive but not as much as emerald. 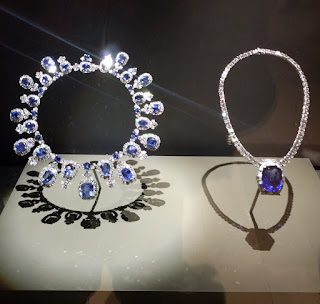 Now this would have been my favorite part of the museum. I love rocks and gemstones.

I would have enjoyed that too. The emerald is my birthstone but I do like those rubies best.