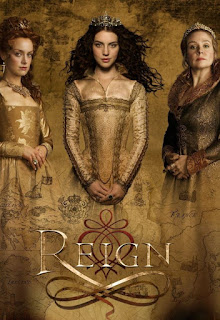 Reign is one of the shows that my wife Daisy and I watch together. Granted, I probably wouldn't have finished the whole series if it had not been for Daisy. The main reason why is that the CW is very adamant about making long seasons with lots of filler and that can dilute the ending product. Luckily the fourth (and the third as well) had much of that cut to make the seasons better. The fourth is the last season of the show, as a show based on the life of Mary, Queen of Scots could only last so long because well... you should know. 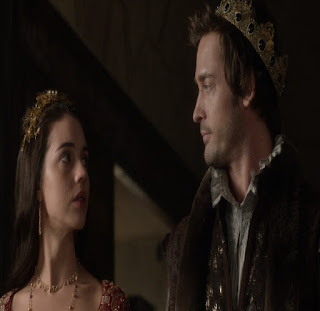 Unlike the previous seasons, Mary is now totally in Scotland and will never see French soil again. While she had problems with royal politics in France, she'll find that politics in Scotland are even worse. Most Scots oppose her because she is Catholic, and many nobles are split on whether to champion her, a new husband, or wait until she gives her legacy to a son.  Mary believe that Henry Stuart/Lord Darnley (her cousin and another likely heir to the English throne) is not a good choice for a new King-consort, but Mary believes he the key to protecting Scotland from the English. 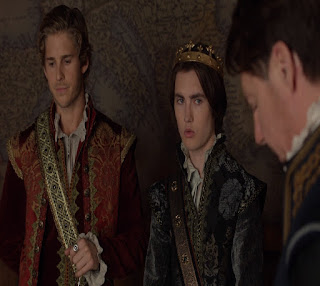 Back in France, the crown is in turmoil. King Charles IX is not doing a terribly good job, because he has intense emotional problems and has shown intent to leave the throne for good. However his mother tries her best to keep the crown on his head. Things don't get better when his brother, Prince Henry decides (with the not-so-public backing of Spain) that he would be a better King of France than his elder brother. 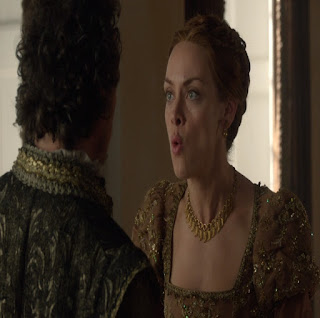 Queen Elizabeth I is taking care of her own problems in England. While "enemies" Mary and Elizabeth have much in common, including fondness for Gideon Blackburn. However she is just as paranoid about losing her throne to Mary, as her cousin is about losing her crown in Scotland. When this "cold war" ends between the two Queens, it won't be terribly pretty. 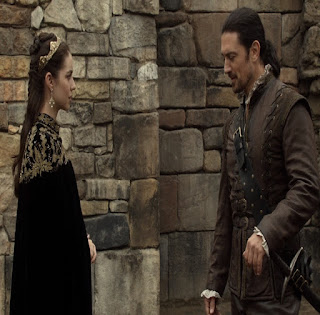 Overall the final season of Reign was good but not its best. I thought the Lord Darnely story-line dragged on for far too long, and it really just sped right through the last chapters of her life. I was also disappointed that Bash basically disappears from the show forever. But I am glad that I got to see the finale of this series, and I'm glad they stopped (smartly) with this fourth and final season of this CW show.

I am so grateful that there were a good size number of colonists who didn't want to be under a monarchy way back when.