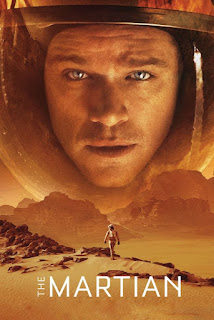 The Martian is a movie I had been planning to see for about three years, but kept delaying myself and whatnot. When I think of the movie, my mind goes back to the movie Gravity which predated it by about two years. I really liked Gravity, but I was a little unsure of how I would like The Martian. It was based on a book of the same name, has a pretty stellar cast, and got plenty of praise from critics. What could go wrong? 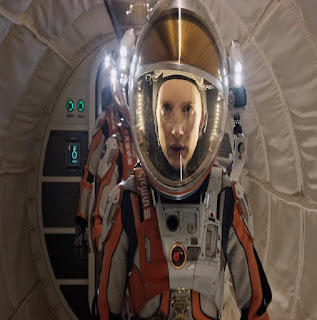 The movie is set in the year 2035, and (apparently) by fiction standards, NASA will be fully capable of sending a crew to Mars and they would survive. While the crew lands on Mars alright, things go south with Martian weather gets rough. When the commander of the team believes one of their own has died, they make an emergency escape and leave Mars for good. 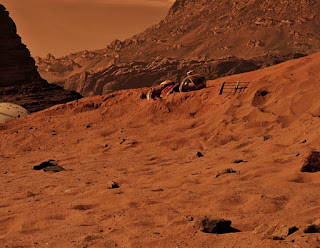 However the astronaut Mark Watney had miraculously survived this ordeal. However it will be a LONG time until any space agency can come to rescue him. To make matters worse, nobody yet knows he's still alive. He also has very limited food as he needs years, and he has months at most even if he rations like crazy. Will he make it home? Overall The Martian disappointed me quite a bit. The production values and acting are pretty top notch, however there's very little character development and the movie moves rather slow. With it being over two hours long, I found a lot of the plot was more filler than anything. It does a lot of cool things with science, but they should have perfected the "science" of story-telling. I can see why it was nominated for many Oscars, but took home zero of them.

I watched this one a while back and liked it. I liked how he made things work while he was there.

I enjoyed this movie,, it did drag a bit in places but I liked it, I watched in TV, I'm glad I didn't pay to see it though,

We watched the movie last year. I can't remember a thing about it.

Oh I really did love it and watched it twice.

I liked this one a lot, I enjoyed the slower pace with occasional explosive moments. Much better than today's typical non-stop CGI action.

It's been a while since I've seen it, but I do recall liking this film

I read the book first, which was really good. And funny. In the movie, they changed the ending and that really upset me.