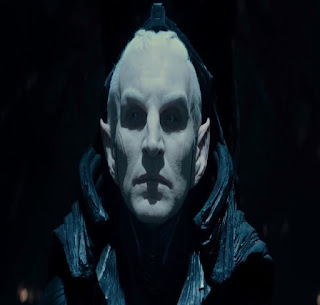 Malekith is a dark elf who is the main bad guy in Thor: The Dark World. While the movie doesn't make it super clear to most people, but he's older than even Odin as he fought the first King of Asgard. 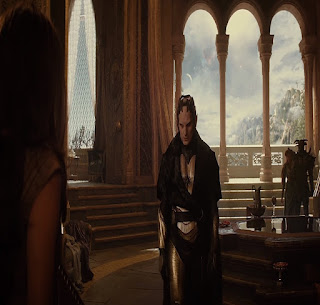 He returns to collect the Aether which was stuck inside Jane Foster. 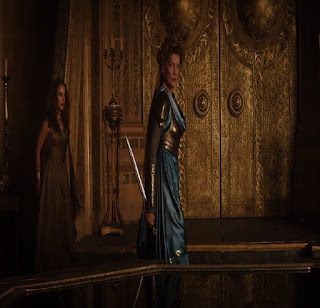 The human is protected by Thor's mom Frigga. 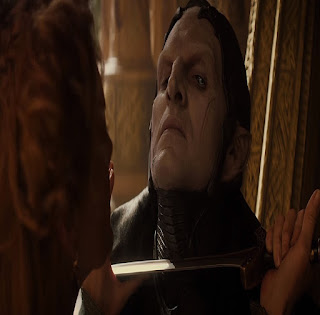 She almost wins, until the Dark Elf's minion turns the tide and she is murdered instead.  I'm surprised he did this with Odin so close nearby. 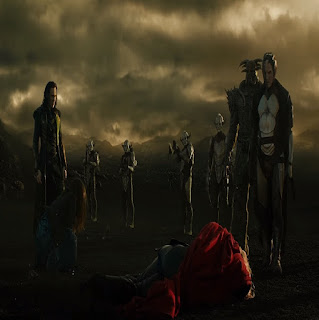 And Thor and Loki's first attempt to defeat the Dark Lord ends up in failure. 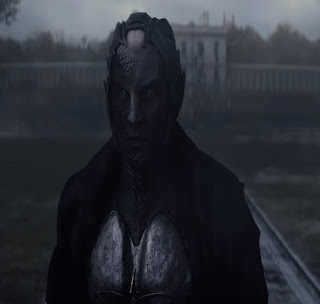 But Thor has one last battle with him as they shift through many different dimensions. 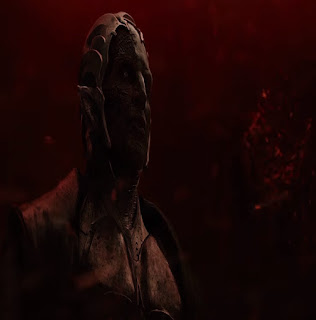 But overall the character wasn't very interesting, the battle was rather boring, and the aether powers didn't make much sense especially considering how it was the liquid form of the reality stone which seemed to have much different abilities with Thanos later on.
Posted by Adam at 11:00 PM

I read that Malekith as a character and that whole plot line ended up getting abridged in the finished movie compared to the original script, because between the writing and the filming, Loki's character became HUGELY popular due to the intervening Avengers movie and they had to make his role much bigger in Thor 2 in order to cash in and please fans. That's why the Malekith plot line was so jumbled and inadequately explained, apparently.