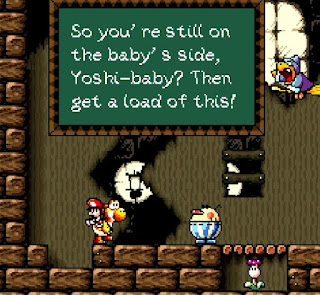 The first real boss in Yoshi's Island, Burt the Bashful is a normal enemy turned by Kamek's magic powers. Even though he was easy, I do fondly remember this boss battle. 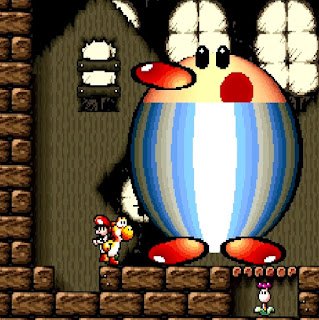 After the magic boost, he gets huge and tries to stomp on you. The gap in the floor makes him super easy to defeat. 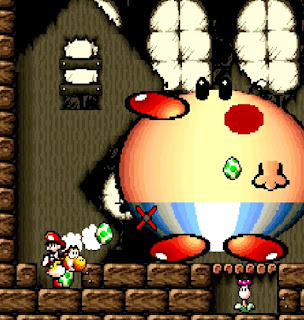 Doesn't take much luck or skill to defeat him though. Just keep throwing eggs until his pants are... gone. Then he dies of embarrassment. 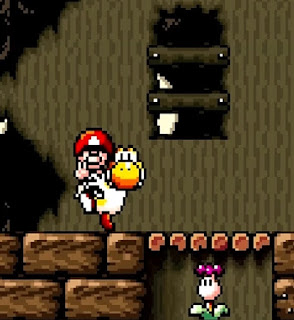 That is pretty humiliating.
Posted by Adam at 11:00 PM