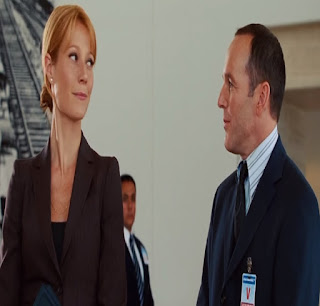 One of the few characters in the MCU to originate in the movies instead of the Marvel comics, he first appears to confront Tony Stark and Pepper Potts over the events of what happened to Tony in the Middle East. 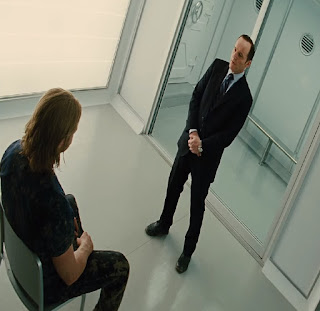 He also meets Thor who Shield Agent Coulson at first thinks is some kind of insane mercenary.  Turned out he's a god, whoops! 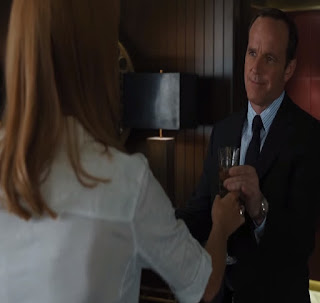 I liked how he was best friends with Pepper Potts. I loved that "His first name is Agent" line from Tony Stark. 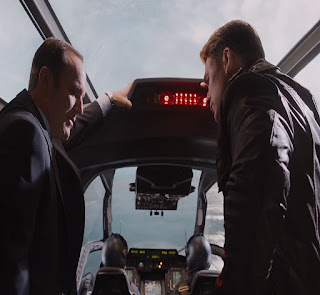 I also thought it was cute how Captain America was his hero. 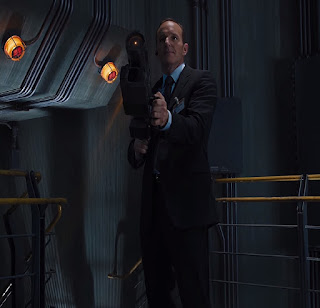 When Loki tricks Thor in Avengers, Phil almost gets the upper hand on the God of Mischief, however Loki outsmarts him with a fake vision. 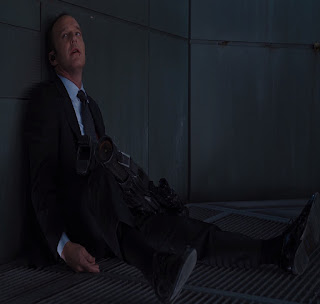 And he gives Phil a mortal wound, though Coulson manages to hit Loki with his new gun. I heard they revived him for the Agents of Shield TV series, but I was pretty sad over his movie death.
Posted by Adam at 10:00 PM