Things I Like: Princess Hilda (Legend of Zelda: A Link Between Worlds) 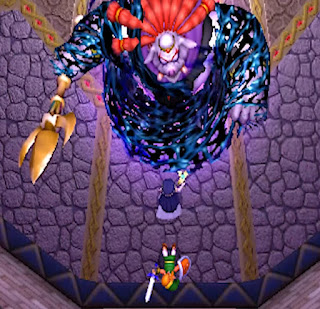 When the evil Yuga fuses with Ganon to become Yuga Ganon, Link is saved at the last moment by the Crown Princess of Lorule, Princess Hilda. Unlike Princess Zelda (unless you count Super Smash Bros.) Princess Hilda is very talented in magic and can even stop such a titan. 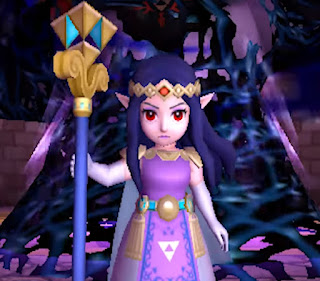 In the time they have left (few days maybe?) Princess Hilda asks Link to help save her land of Lorule and Link's land of Hyrule at the same time by completing quests. 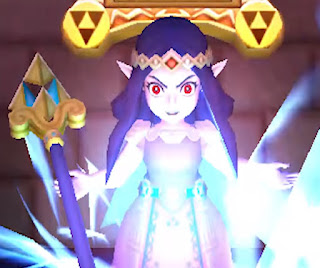 Turns out that it was all a trick to get Link to get something for her. 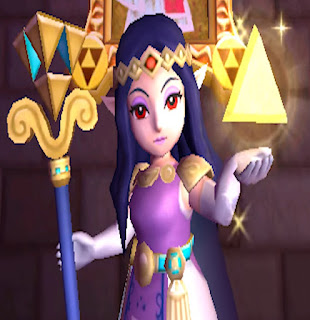 Which is the last piece of the Triforce. I admit, while it's a bit simple, I enjoyed this twist. 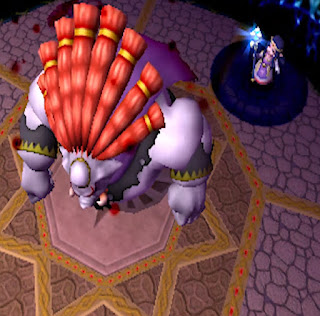 Yuga had been working for Princess Hilda the whole time. However Yuga Ganon turns on his monarch and plans to use the Triforce to remake the land in his image. 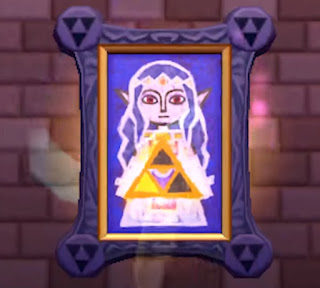 In a bit of irony and justice, she is turned into a painting. 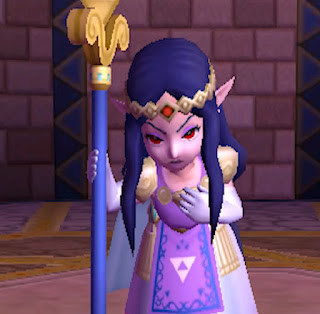 After Yuga Ganon is defeated, she is freed from her 2D prison of art. However the evil in her heart is strong. But her evil was merely to save her land as the Triforce of Lorule was destroyed and the fabric of reality was weakening without it. 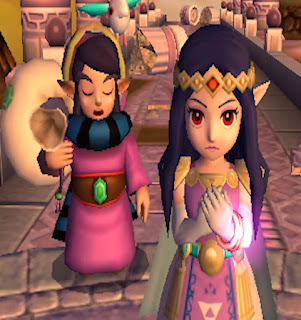 Her former hero Ravio convinces her to let Link and Zelda keep the Triforce of Hyrule. So she sends them back with the last of her powerful magic. 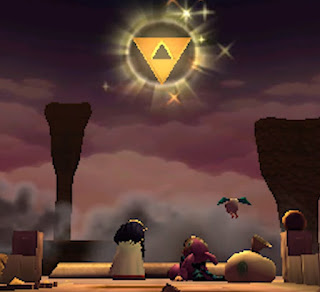 And luckily they wish to restore the Triforce of Lorule back. The Zelda series has been plagued often with similar plot lines but I did enjoy the character of Hilda for the refreshing change of pace.
Posted by Adam at 11:00 PM