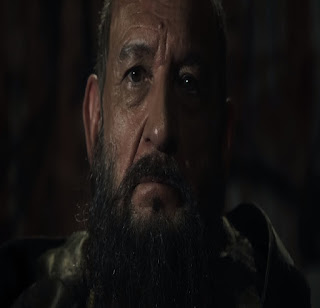 In the MCU were are to believe that this man is the Mandarin, a character from the comics who is one of Iron Man's greatest foes. He seems pretty real and he causes quite a havoc in reality and for propaganda. 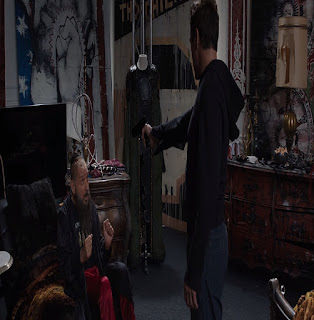 But when Tony Stark goes to settle the score and it turns out he's just an actor. 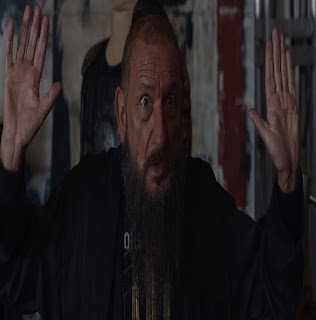 While a lot of comic book fans hated the twist, I thought the humor of the character was brilliant. Especially as they got a pretty serious actor like Ben Kingsley to do it.
Posted by Adam at 11:00 PM

I thought Kingsley was brilliant and I'm sure he enjoyed playing such a goofball.