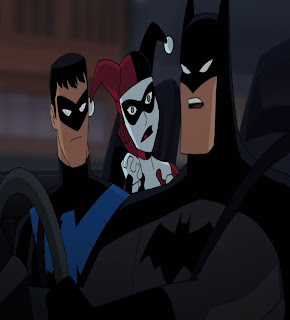 The animated films in the DC Universe Animated Original Movies are numerous and hard to keep up with. Most of them don't sequel each other (besides a few) so you don't have to watch them all to enjoy a newer one. Batman and Harley Quinn was obviously made to leech off the success of Margot Robbie's portrayal of the character in the film Suicide Squad which came out the year before. Though this movie version is more based on the Harley Quinn of the Batman: The Animated Series. 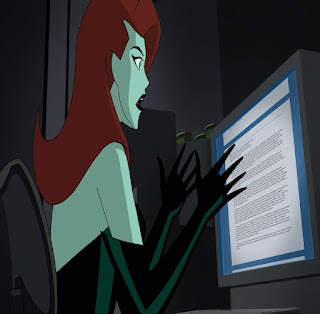 The movie starts off with Poison Ivy (Pamela Isley) and the plant monster Floronic Man (Jason Woodrue) breaking into a lab to find something secret on a computer. They rush to get the secret before Gotham's finest arrives. But they really don't want to be there when the Dark Knight Batman comes to serve justice. 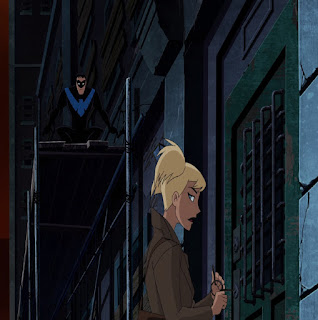 Bruce Wayne is very concerned about the two evil villains' plans. Since Harley Quinn is Poison Ivy's best friend, Nightwing is tasked with trying to find the crazy ex-girlfriend of the Joker. However the former Robin will find that the crazy female clown isn't so happy to see him in her "retirement". But Harley is the only chance the world has unless they all want to be strange plant creatures who might exist for only a moment. 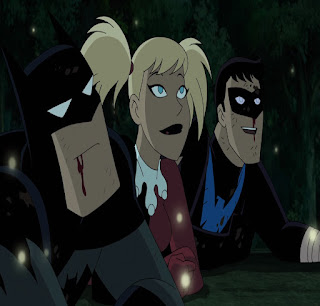 Overall Batman and Harley Quinn is the one of the worst movies in the DC Universe Animated Original Movies lineup. It's really uneven in the story, tone, and direction. It starts off rather strong, but utterly fails once Batman and Harley Quinn agree to be allies, which is a strange idea even for the crazy extended universe of DC Comics. And the ending was terribly anti-climatic and will have a horrible after-taste.