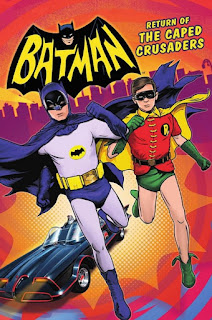 Last couple of years, I've missed out on a lot of the movies in the DC comics animated lineup. While I saw Batman vs. Two-Face not long ago, this animated movie starring Adam West and Burt Ward serves as its prequel though the stories aren't really that connected by any means. While the Adam West version of Batman is one of the least true depictions compared to the comics, his charm is what made that show popular. 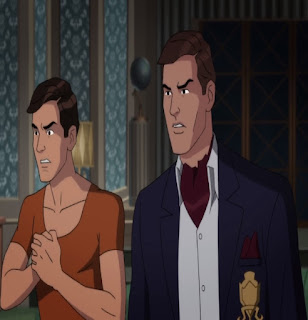 Like the 1960's TV series, Return of the Caped Crusaders is set during the same era with the same incarnations of such characters. Bruce Wayne and his ward are still living two different lives. However Batman and Robin rarely retire during the night. 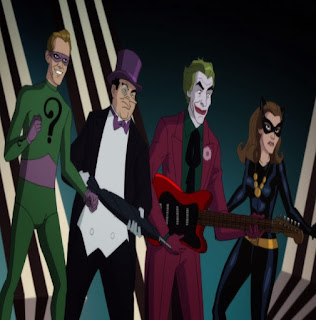 Especially when the Joker, Penguin, Riddler, and Catwoman team up for a new grand plan. One villain alone is bad enough, but all of them together will be more than enough for Gotham's greatest heroes to counter. And as such, they count on Batman to "save" the day. 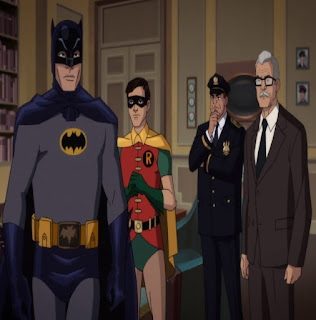 However Batman and Robin will prove that justice will always prevail. That's until a trick by Catwoman starts to turn Bruce's mind slowly and surely in a different direction. If Batman is out of the picture? Then can Robin save the day? 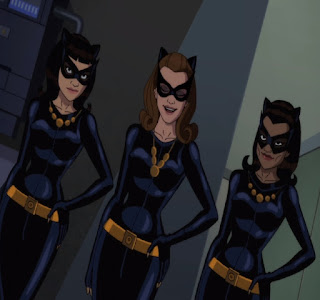 Overall I liked this tribute of the Adam West Batman series. While the actors remaining (West who is now deceased, Ward, and Julie Newmar) would never pass as their characters in front of a camera back in 2016, but they do seem the same with the voices behind animation. With Adam West's death in 2017, these two animated movies will be the only ones we will get.