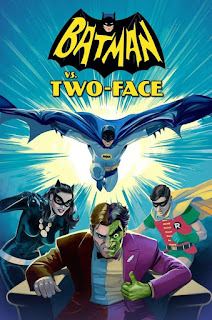 I had no idea this movie existed last year when it came out. It's actually a sequel to the Batman 1960's TV series starring Adam West and Burt Ward. Adam West died last year but managed to do all his work for the movie before it was completed. While the TV series with Adam West was really dumb and silly, West's strange campy charm is what made it so fun. This movie has Harvey Dent/Two-Face as the villain, as he was one of the rare major Batman foes who never showed up to fight Adam West's Batman on the TV screens in the 1960's. 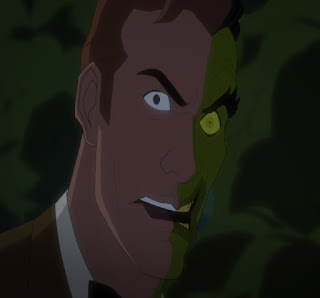 The story sets out with Batman and Robin still in the 1960's era. They join Harvey Dent as they watch Dr. Hugo Strange try out an invention that removes the evil out of criminals. The test uses major foes like Joker, Riddler, and Mr. Freeze as guinea pigs.  However the machine goes beserk and Harvey Dent is turned into the monstrous Two-Face and Batman and Robin are shown going through many battles against him. 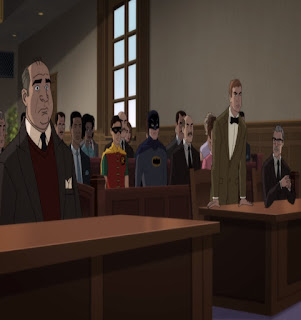 Then the story fast-forwards to Harvey Dent after a major cosmetic surgery. His "good friend" Bruce Wayne provided the green for the surgery and it appears to be a success. Harvey's face is healed and his psycho alter-ego appears to be gone, and the city of Gotham is at peace on again. However can true evil like that be truly gone, or will it lie dormant for it to rise when you least expect it? 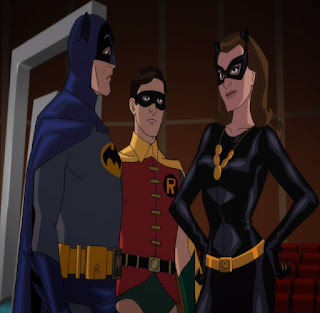 Overall the movie was a good (but not great) sequel to the a TV series that ended long before I was even born. It was nice they came up with the idea before Adam West (and frankly all of the other surviving cast members) died of leukemia. Later I found out they made a movie before this with the same idea, so I'll be checking that one out soon enough.

First one I watched, got a huge eye roll, sooo lame