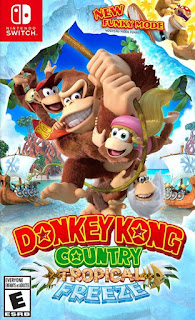 Back during the SNES days, Donkey Kong Country was one of the biggest titles by far on the platform. While Rare did well with fans for all three DK Country games on the Super Nintendo, I wasn't too impressed with Donkey Kong 64, though some other fans liked it. Since Nintendo let Rare fall into the hands of Microsoft, the Donkey Kong series had been left mostly in hibernation until Retro Studios came out with Donkey Kong Country Returns on Wii, after they had decided to quit making Metroid Prime games. Tropical Freeze came out on WiiU, but I missed out on it. So now I had the chance to play the game on Nintendo Switch. 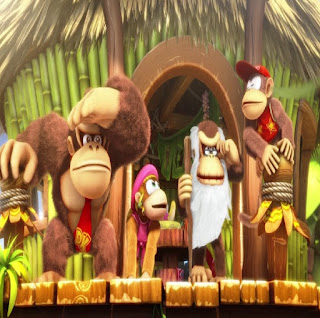 The story is set in a similar time frame as the previous games. The whole Kong family is having a birthday party (I guess) and turns out there are uninvited guests to the island. A whole army of bad animals from the cold regions come and exile all the Kongs from the island. And then they freeze it over. Now it's up to Donkey Kong and crew to save their home. 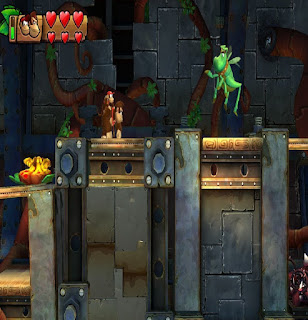 As far as gameplay itself, it does play very similar to the Donkey Kong Country games on the Super Nintendo. The gameplay is actually far more trail-and-error than the older games as there are many spots where you'll perish because there's no way (except rare dumb luck) you could have predicted that to happen. 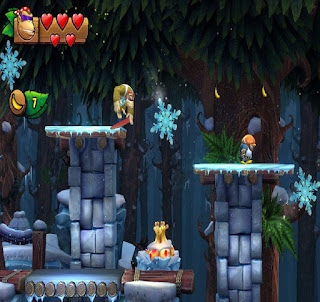 Unlike the original WiiU version, there is Funky Mode which lets you play as Donkey Kong's friend (yet somehow, not a relative?) Funky Kong. He can't ally with Dixie Kong, Diddy Kong, or Cranky Kong, but his surfboad makes him immune (to his feet anyway) to spiked objects. He can also float in the air, giving him a much easier attempt to platform than Donkey Kong. Funky Kong is basically the easy mode to the game, and even still, it's not that easy. 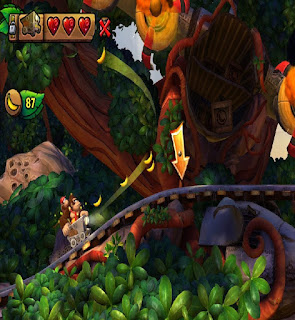 I will admit, Donkey Kong Country was never my favorite series in the video game world. I actually prefer Nintendo's original formula for the Donkey Kong games especially the Gameboy Donkey Kong game from 1994. But Retro Studios has done well and created a really great game and I had a lot of fun with it. It has its flaws, but I liked it better than the 2nd and 3rd games on SNES, I can tell you that.