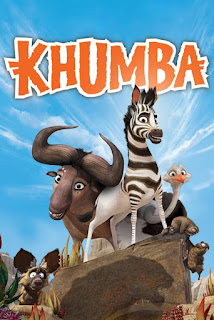 When it comes to animated pictures, it's hard for any film studio to compete with Disney's main animated studios or Disney's Pixar films either. I had heard of Khumba just a little bit back in 2013, but it was never on the top of my list to put it nicely. I thought this might have been a Dreamworks project, but it was the 2nd film by Triggerfish Animation Studios which previously made Zambezia which was one I had never even heard of. 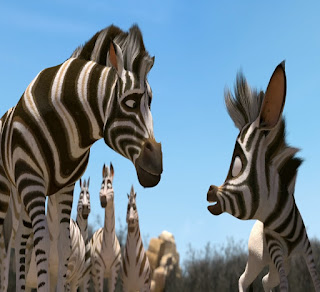 Anyway the movie is about Khumba, a young zebra who was born without real strips on half of his body. Most of the other zebra makes fun of him. They often call him a "half zebra" and other puns of the sort. His parents are supportive, but the community is mostly anti-Khumba. Especially after there's a rumor that there is a drought because Khumba was born. 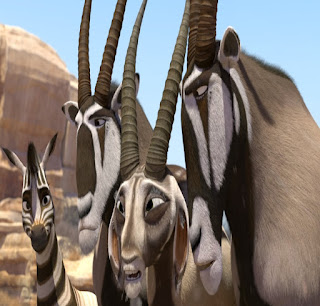 Khumba is by nature a sweet zebra, but he does have bitterness from the way he is treated by his own kind. Other animals want to drink from the zebra's water, but Khumba soon learns that the zebra community is very isolated and do not care for outsiders. But soon enough, the zebras will have to move or risk dehydration. 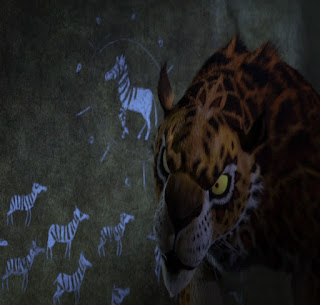 Khumba due to his status as an outcast, moves out of the community first. He wants to find a "cure" for the his lack of stripes. However an evil leopard named Phango is very interested in the zebra. This more about lunch for the new day. Phango has been waiting for this day for countless years. And Khumba is going to need a lot of help and luck to survive this ordeal. 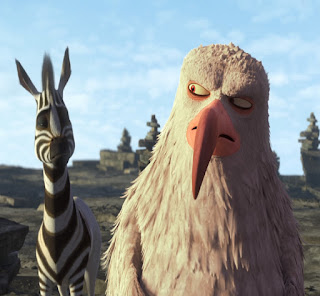 Overall I hated Khumba, it's one of the blandest and mediocre animated films I've seen in quite some time. Critics and regular folk seemed to be on the same page as myself, and it did poorly at the box office which is a major reason why Triggerfish Animation Studios hasn't put out another film in the five year gap. Imagine someone got drunk and wrote a story that mixed Rudolph the Red-Nose Reindeer with The Jungle Book, and you got a rough idea of Khumba.