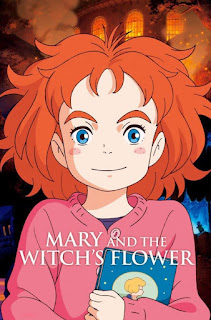 As many of you know, I have a soft spot in my heart for Japanese anime shows and movies. Granted I don't see as much I did back in the day, but when one falls into my lap, I try not to pass it up. Mary and the Witch's Flower is not a Studio Ghilbi film, but the first film by Studio Ponoc. First films by studios can be either really good or really bad. So what happen with this one? 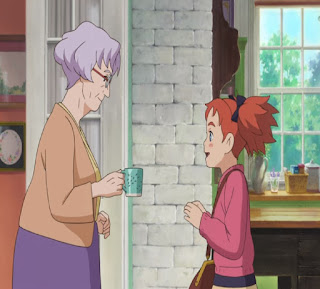 Despite being a Japanese anime film, the story is set in England. There is a kind-hearted but rather awkward girl named Mary Smith. While she likes to make friends, she't not too big of a fan of herself, such as her "stupid red hair". 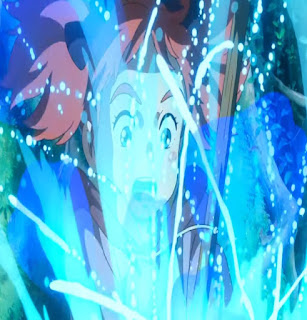 But things change quite differently as Mary stumbles upon a rather odd blue flower. While she doesn't take notice to its importance at first, she soon realizes that this blue flower is not just a pretty thing to look at. It actually gives her magical powers, and very powerful ones at that. 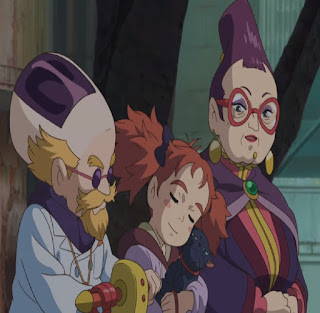 She ends up getting whisked off to a land she didn't know existed. She finds a very Harry Potter-like school for magical users. It doesn't take long for the senior staff to take notice of Mary. Despite having no magic a day before, she has more abilities than students who have graduated. So what happens when they find out she's not a "real" witch? 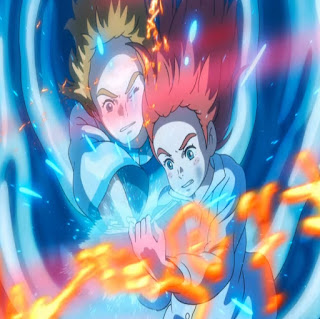 Overall I was rather disappointing by Mary and the Witch's Flower. The animation is pretty and superb which is nice. But the story seemed kind of odd mix of Ponyo, Harry Potter, and Kiki's Delivery Service, but never came close to the quality of those works. It has its critical praise, but Studio Ponoc will have to step up their game with me if that want to make me not miss a single film of theirs.

I’m not a really, really huge fan of the anime, but my granddaughter loves them. I saw this film while in the air returning to Hawaii and enjoyed it. It does have the Gibli feel to it.