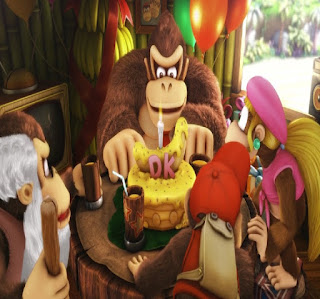 Donkey Kong Country: Tropical Freeze originally came out on WiiU about four years ago. I missed out on it back then (and the Wii predecessor Donkey Kong Country Returns) but I decided to give the Nintendo Switch version a try. 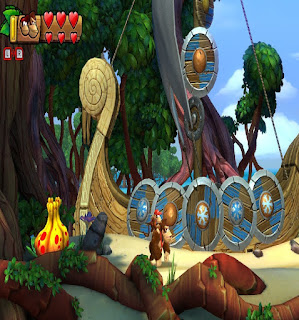 The game brings back a lot of Donkey Kong Country memories on SNES though you can note the differences. One thing is that allies like Diddy Kong, Dixie Kong, and even Cranky Kong merely help you in their own unique ways to avoid falling into pits or on spikes. 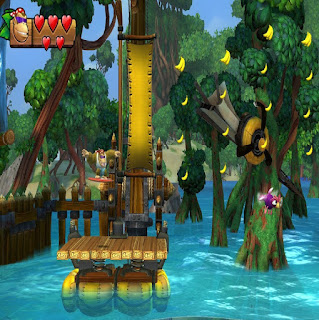 There's also a Funky Mode where you play as Funky Kong. You get more hearts and his surf board hovers so it's not as easy to fall to your doom. It also prevents spikes from causing intense harm to your feet. He also has five hearts to his health meter, instead of three. 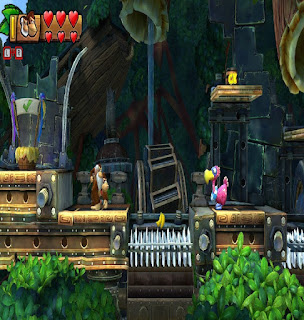 But overall I can see why so many people like the game. It's pretty difficult, so I'm not going to lie there. Though Funky Kong's powers do make it much much easier to complete, so I was thankful for that one.
Posted by Adam at 11:00 PM