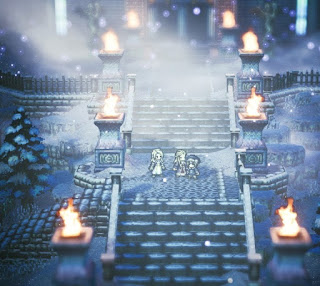 Octopath Traveler is one of the newest games for Nintendo Switch, and a JRPG by Square Enix that's not related to Final Fantasy or Dragon Quest. While the Ninendo Switch is capable of HD graphics in 3D, the game was made on purpose to look like a classic JRPG of the 16-bit era. 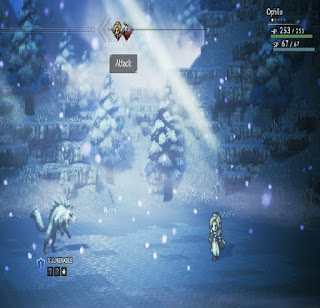 So there's a lot of memories of Final Fantasy VI or Chrono Trigger that will appear in your mind while playing this one. Like both of those games, you have the classic turn-based combat without anything too complicated. 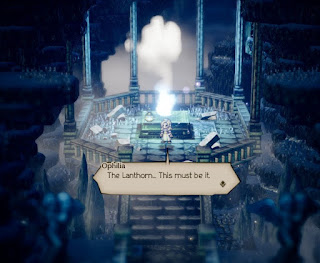 The gimmick in this game is the sandbox style of how you choose to finish your quest. Kind of think The Legend of Zelda: Breath of the Wild but even more so. You have eight heroes, and you start with one. I chose Ophilia Clement as I could tell from the start that she would have healing magic, which saves me in every JRPG I've ever played. 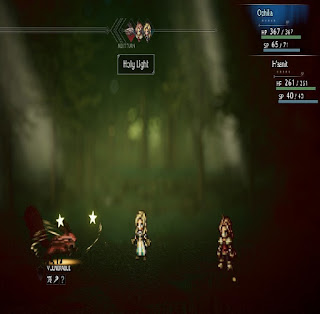 Then you get to ally with other heroes and complete their own unique stories. H'aanit was my 2nd hero I allied with. Her skill is using a crossbow and calling majestic animals to hurt monsters and other foes for her. Overall I'm about four hours in so far, and it's hard to put the game down. They did a really good job, and I hope it lasts until the end.
Posted by Adam at 11:00 PM