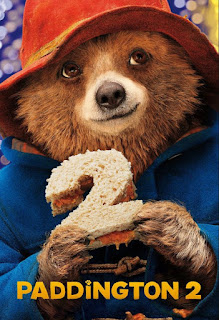 As a kid I never knew any of the stories of Paddington Bear. But a few years ago I watched the first movie and I liked it. I didn't quite love it, but it really is hard to hate on ol' Paddington Bear. He's so nice, polite, and adorable that only a person with a black heart would hate such a creature. I didn't rush to see it in theaters but I was glad to rent the Blu-Ray. 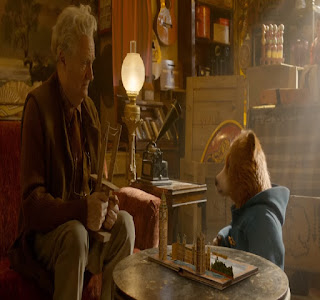 The story starts not that long after the events of the first film. Paddington is enjoying his newly adopted family. Now much has changed with Henry Brown and his family besides some mild growing pains. However Paddington's Aunt Lucy has a birthday coming up and he wants to give her a taste of London. So he decides to get her a book, but this turns out to be a rare book and Padidngton can't afford it. So he tries to get a job to make his aunt happy. 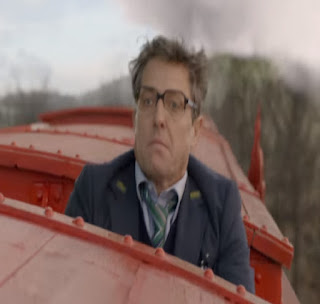 However someone is after the same book. His name is Phoenix Buchanan and he's a very famous actor. Though his career has faded greatly over the years despite his own high opinions about himself. He puts on a costume to hide his true face, and breaks into the antique place that holds the beloved book. Paddington chases after him but Buchanan vanishes into a cloud of smoke. 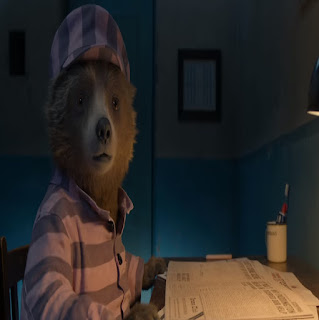 And the police think that Paddington did the horrible act. He is sent to the Big House for a sin he did not even commit.  He isn't terribly popular with the other guys there, especially after he washes a red sock with the laundry and turns everyone's clothes pink. But Paddington's biggest worry is how to clear his name and more importantly, make his Aunt Lucy proud of him. 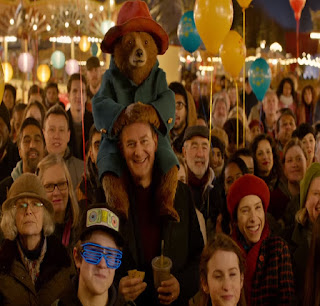 Overall I liked the second Paddington film but not quite as a much as the first. I was curious to read critical opinion and not a single critic of any real status gave the film a bad review. Which is really really rare for a film. But like I said, while the movie isn't amazing, it's Paddington's charm that makes him hard to hate. That being said, a third film is being planned (not anytime soon however), and I will watch it.

As always, a great review! I watched both movies, but I can't say I'm really a bear person when it comes to being on screen. Glad you enjoyed them both, and hope you all have a marvelous weekend! Hugs...RO

I actually liked this one even more than the first one. Hugh Grant as Phoenix Buchanan really got to chew the scenery! And I loved the prison song-and-dance number.

I love Paddington, just a few time I saw the first! lovely!