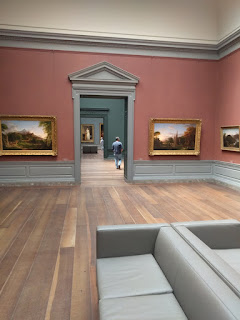 While I wasn't too impressed with the Modern Art section of the National Galley of Art, I did really like the classical art stuff. 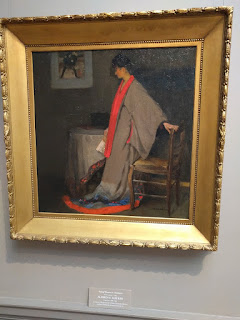 They have 19th century on back kind of art. I liked this one of a woman in a kimono. It was a European artist, so I want to say the lady in the painting probably wasn't Japanese. Especially as the kimono's shape doesn't take the form of a traditional women's kimono in Japan, but rather a pajama-take on the outfit. 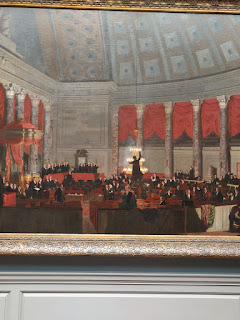 This painting was of Congress during it's early days. Looks much different in red. 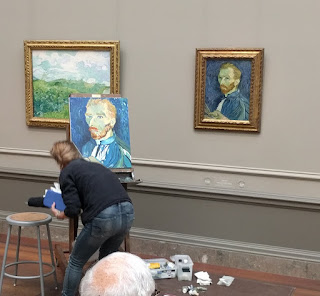 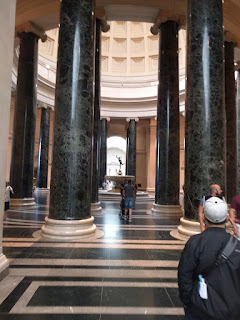 Then there is art from the golden ages of European art. You feel like you're not in America in these halls which are vast and endless. 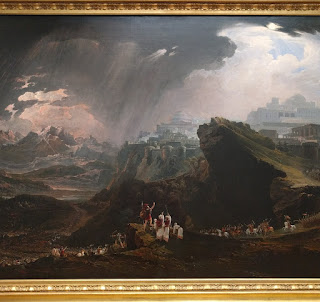 Most of these works are religious. This one is of Joshua commanding the sun to stand still. This is a literal Bible story, and fundamentalist Christians think the Sun really stood still when Joshua said so to make the day last long. But if you know anything about actual science, it would have to be the Earth to stand still, not the Sun. Moderate Christians don't bring this up too much, hard to "metaphor" your way out of this one. 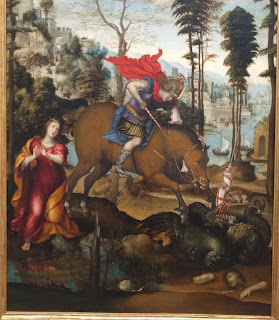 And St. George and the Dragon. This is more of a Catholic tale of a supposed Roman officer who was a martyr in the church's early days. The tale claims that he defeated an evil dragon for the sake of a princess and her kingdom, or something like that. While this isn't a "Bible story", it's told in churches like one. Dragons aren't real, just a little factoid there.
Posted by Adam at 12:00 PM

Wow this place looks interesting. You have a good eye Adam.

Looks good to us. Have a great evening.

There's something special about seeing truly great art in person.

The painting of Vincent van Gogh is supposedly a self portrait of him in his "insane" last days. The painting is featured in the excellent movie, "The Night of the Generals" starring Peter O'Toole as a depraved Waffen SS General, General Tanz.
Well worth seeing not available on DVD.
Some of the 20th July bits and the portrayal of Generalfeldmarshall Erwin Rommel, played by Christopher Plummer, are really far fetched.
Rommel did not smoke!
Like you Adam, modernist art does leave me cold and wondering!!!!
Colin

Art to me is a story. Although we might see it different.
Coffee is on

I always enjoy the Vincent van Gogh paintings when we visit museums. I'm sometimes surprised at how small some of the more famous works are when I see them in person.