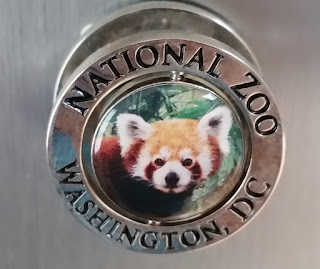 I started collecting magnets last year during our vacation to Atlanta, Georgia. The first of my DC trip is the one from the Smithsonian's National Zoo. I had to get one with the red panda on it. 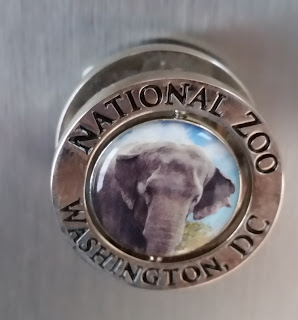 It also flips and you can see an elephant if you prefer. 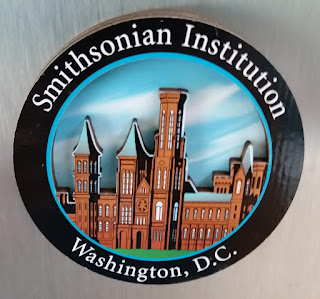 I got this one at the National Museum of American History, but this one was actually more a generic one of the Smithsonian Museums in general. 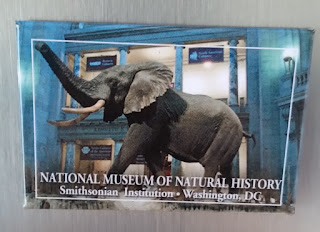 Now I did get one of the Smithsonian's Natural History Museum. 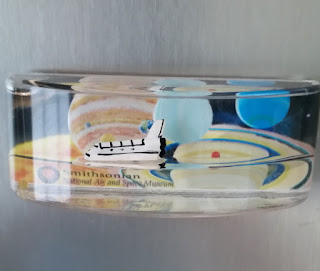 I really liked this one from the National Air and Space Museum. It's a space shuttle "flying" in space though with the help of H20. 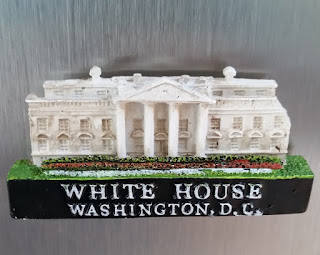 Of course I had to get one of the White House. 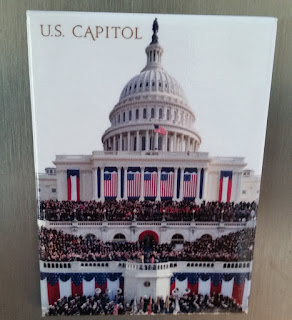 Unlike the unofficial one from the White House, I got this one at U.S. Congress. 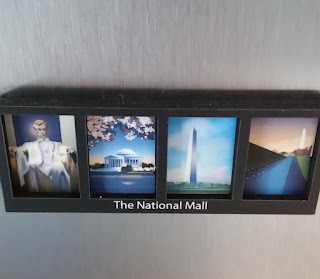 Found this one at the Jefferson's Memorial tiny gift area. It's got the notable memorials and monuments from The National Mall on it. 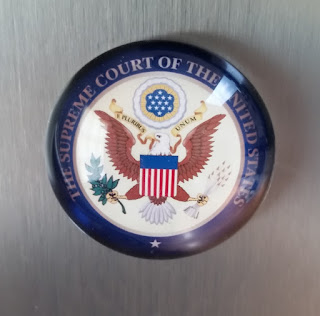 I got this one at the Supreme Court of the United States. 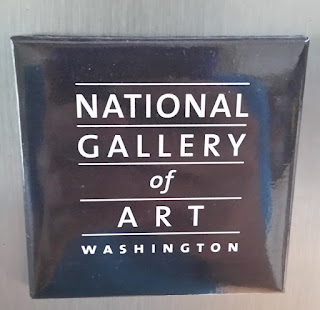 And the National Gallery of Art, which is ironically, not very artistic when they came to make the magnet. 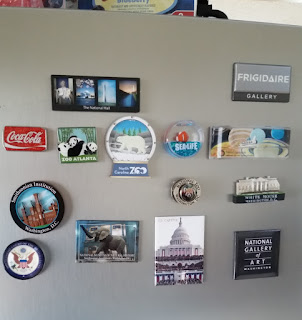 So here's my whole collection so far from all parts of the United States I've seen so far.
Posted by Adam at 1:55 PM

Nice!! I think magnets are fun, and they are always where you can see them and be reminded.

Wow. You've got a nice collection going there.

You have a very good collection - nice to see, thanks.

Put the damn "WHITE HOUSE" one upside down.
It would be far more appropriate in that position.
Or better still attach it to our toilet bowl so you can
shit on that bloody place....after all only shit moves around
in it these days of Turnip Top and his erratic tribe of ZOOMBIES!
Colin

I love the magnets. What a clever way to have a remembrance of your trip. Not too bulky or costly. Blessings, xoxo, Susie

I love the magnets that you picked up!! So fun!

You'll be well supplied with magnets for a while. I did enjoy the reports of your trip to DC.

A great collection. Although refrigerator magnets don’t go with my obsessive. Impulsive side. None on our fridge.

That's a nice collection. I especially like the ones with animals on them!

Great collection! We also grab magnets from all of our stops. It's a fun thing to collect from your travels.

I like the Smithsonian one the best. Nice retro design.