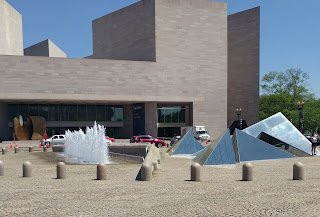 After Congress we stepped into the National Gallery of Art which is not a Smithsonian museum, but like the Smithsonian museums, it's doesn't take a penny to get through the doors. We ended up at the Modern Art building first. 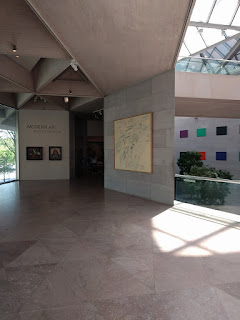 "Modern art" is pretty vague. It can mean different things. 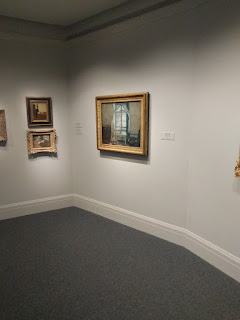 Like early 20th century stuff is "modern" art as well. 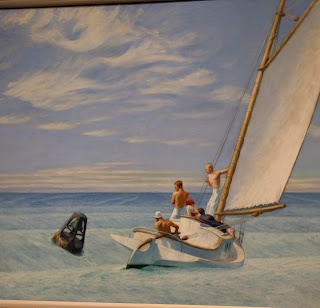 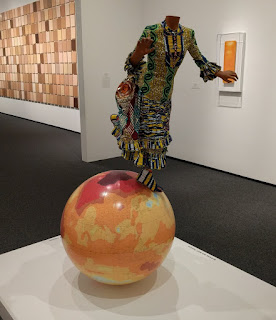 Then you get to the upper 20th century to 2000's "modern art" and it does get strange. But I can see the artistic worth of this one. 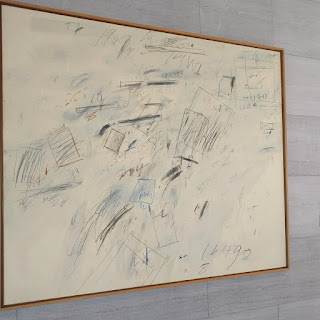 Uh.... this one...not so much. Looks like if someone told me to draw random shapes and lines. 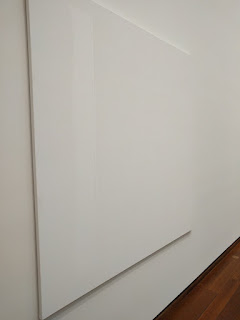 This one takes the cake in stupidity. While it does look pure white in the photo, you can see an off-white color in person... But still, that's like a blank canvas. An elementary school art class could do this. A Chinese canvas plant could do this by mistake. Modern artists are their own worst enemy, this is one of the reasons why a lot of people don't take modern art seriously.
Posted by Adam at 1:00 PM

Is the white once titled "Canadian Blizzard"?

That last one is kind of funny Adam, very interesting visit here.

Bet it was fun going thru all these places...

Glad you went to the art gallery. They're always fun, aren't they?

That last one is truly interesting.

The artist of the blank canvas did you get you to respond emotionally to his work. That's the point, I think, of art. Any kind. I like that sculpture piece. It reminded me of Nellie Bly making her way around the world.

I love going to art galleries but I’m not surprised by t(e stupidity found in the modern art ones. The white on white is beyond stupid

I don't get some art. We were at the Art Institute in Chicago and they had blurry Polaroids, a roll of field turf, a corner piled high with candy. I was like wtf? There was even a white canvas, a lot like what have up there, but it was outlined in yellow. Anyone could have done that, so I don't get why some of that crap ends up in a museum.