Photos: Our Flight Back Home 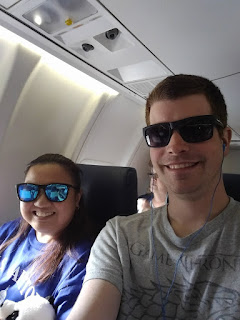 We finished our round trip with United Airlines back to Greenville from Dulles Airport. I wasn't nearly as nervous this time as I was the first time. 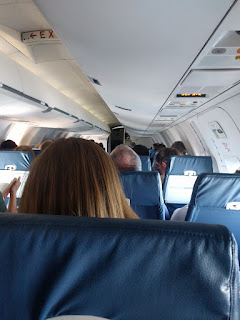 The plane was exactly the same as the first time. We had the same seating as well. 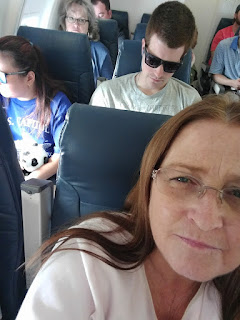 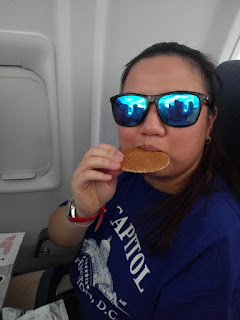 Daisy got some kind of cookie for her provided snack. I declined it, but I asked for some water instead of soda. 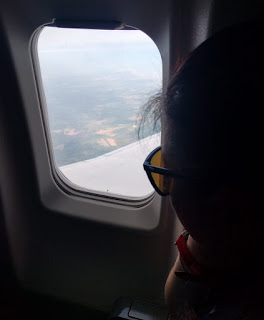 Daisy sure loves looking out the window. 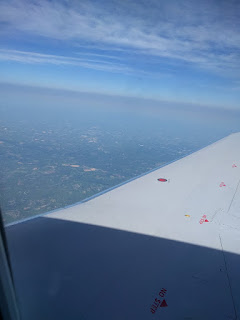 It is a mighty view. 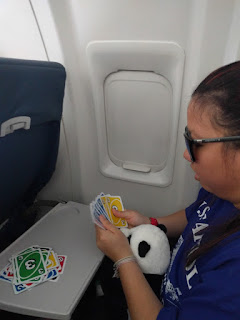 But we played Uno most of the flight. I won all the games though not as easily as our flight to DC.
Posted by Adam at 12:00 PM

Glad you had good flights.
I haven't played Uno in years but used to play it all the time.
Hope you and Daisy enjoy your Sunday.

A nice flight for you and Daisy.

Oh my best wishes to you and Daisy

I also love looking out the window. Every so often I get a window seat with no window (just wall)!

I'm glad you weren't as nervous the second time around!

It's good to hear you had a more relaxed experience the second time:)

glad you are getting used to flying.

Cheers to a fun trip!

Flying gets easier over time. I also like to look out the window, and take pictures!

I like to see the views too. Window seat is always my first pick.

I’m glad the flight was easier for you. I really hate that the airlines are making the seating so TIGHT these days to make more money.