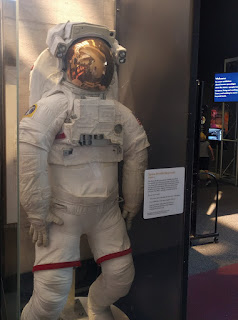 While the National Air and Space Museum is more heavily favored towards airplanes, they do have some outer-space stuff. Here's an astronaut suit. 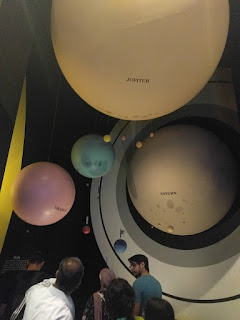 The scale of our planets. We tiny. 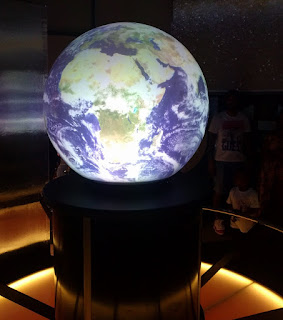 They had this digital globe where you could change it from Earth to anything. 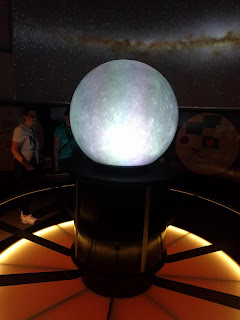 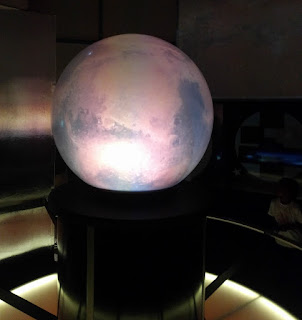 And Mars. Some kid had total control over it when we were there and he was doing a stupid job as he kept putting it mostly on these three without doing much of the other planets...
Posted by Adam at 3:43 PM

That digital globe is neat.

Adam, I have been to the D.C. air and space museum. Loved it. The was a lunar module there when we went. If you love flight history, please try to go to the Air Force Museum in Dayton , Ohio. I absolutely love that place. You will too. Blessings, xoxo, Susie

That digital globe is really cool!

I bet my daughter would beg to have a replica globe in her room. She has a machine that projects space scenes on her ceiling in the dark.