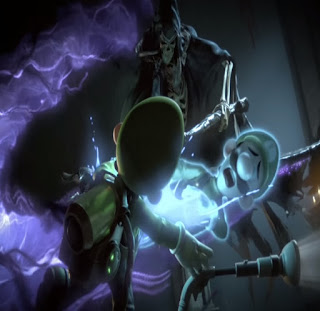 With a roster that dwarfs even Super Smash Bros. IV (WiiU/3DS) I thought we knew all the fighters coming to the game. But we got something new to see. First is Luigi in Dracula's mansion. Wait a minute... 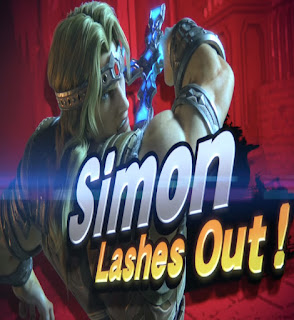 Yes Castlevania's Simon Belmont is here for Super Smash Bros. Pretty fitting as he helped established the NES as the juggernaut of its day. 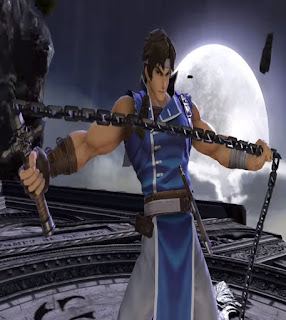 His grandson Richter Belmont is also here as an "echo fighter". 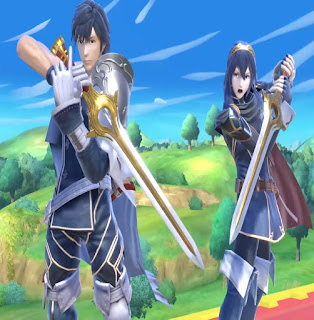 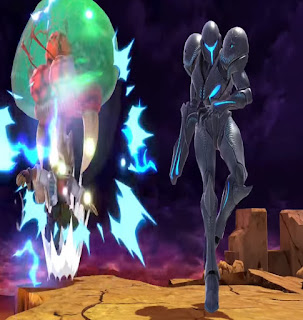 So is Dark Samus from Metroid Prime 2: Echoes. 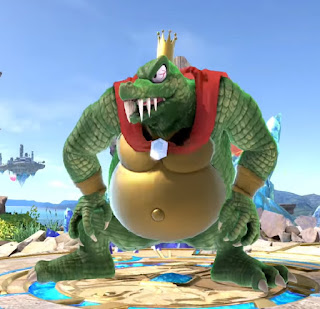 And finally King K. Rool from the Donkey Kong Country series. I'm not the biggest fan of his, but I do remember fans requesting him for YEARS and YEARS.
Posted by Adam at 10:30 PM