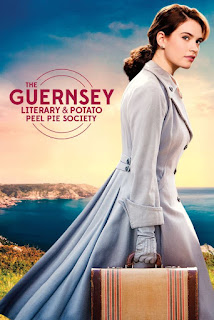 The Guernsey Literary and Potato Peel Pie Society is a new "Netflix Original" movie though only internationally. It was a regular movie from what I researched when it came to the United Kingdom, its obvious source of origin. The name of the movie is awful (though to the story it makes sense), but what drew me to the film was its leading actress Lily James. While I prefer her with blonde hair (as she was in Cinderella and Downton Abbey), I have a notable crush on her, so I wasn't just going to let this one slip by me. 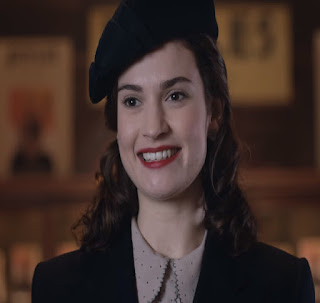 The story is about Juliet Ashton, a novelist and a popular one at that. She is living in a post-WWII Great Britian and you can see her amazement when things come to England that they haven't seen since the horrid war started like new paint on a door. 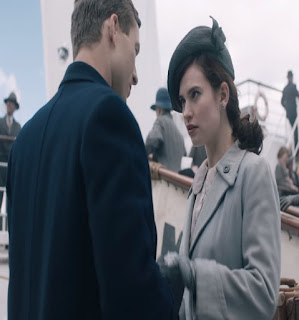 While she isn't exactly royalty, things have gone well in her life. Her American boyfriend Mark Reynolds proposes to her and she accepts the ring. Everything seems to be "happily ever after" for Juliet but she has a interesting quest as a writer to finish before she can walk down the aisle in that white wedding dress. 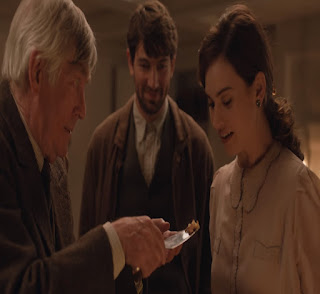 She takes a visit to the island of Guernsey, which during World War II (due to its close location to France) was occupied by the Germans. The natives that stayed behind were forced to eat mainly potatoes during the whole war, while Germans had the finer meals. She learns that his local book club started a pure lie to prevent the German soldiers from learning they had a secret dinner of a roasted pig. But Juliet will find out that there's more to this island than just stories. 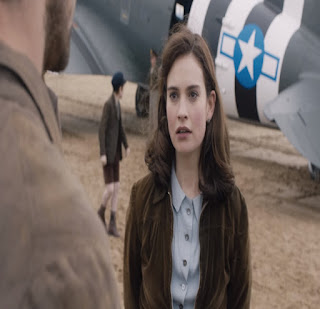 Overall The Guernsey Literary and Potato Peel Pie Society was a slight disappointment for me. The story is very unique and original (I wouldn't be shocked if the Oscars judges give out at least one nomination for something) so I liked that. But it was a bit uneven on its plot which left me a little bored in spots which makes me think they made the movie too long for no good reason. And the romance in the plot did seem a little dubious, as I never thought any of it seemed to be really that genuine.

I think I will have to check this out. I am finally almost done Downton Abbey after binge watching it the last few weeks!

Usually I like the book far better almost all films that are made from them...
But I found this movie was darn near as good as the book!
For me, it wasn't boring at all ~ I got caught up in it just as I did the book ~ and it followed the plot quite nicely.
I give it 4.5 stars out of 5.

I just watched this over the weekend and really thought it was cute and enjoyed it..

I enjoyed the book, which I didn't think I would. It's an uplifting story. I'll check out the movie.