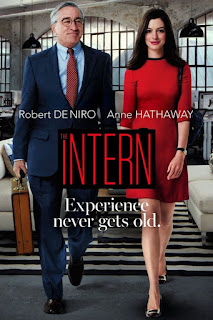 I'm not quite sure how The Intern made it on my list, but it did. I suppose it was either Robert De Niro or Anne Hathaway that got me interested in the movie. Until the movie fired up in my Blu-Ray player, I wasn't really sure what the movie was really about. 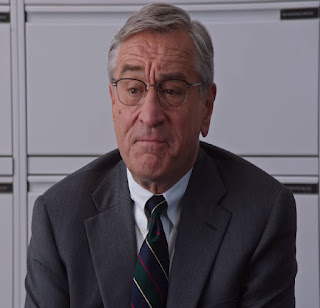 The story is about Ben Whittaker, a widower retiree with too much time on his hands. He sees a flyer for a "senior intern" and it did mean senior citizen, not a senior in college. It's a "tech company" which Ben is unfamiliar with but with forty years of experience in business and a desire to learn, he is happy to jump into a new role. 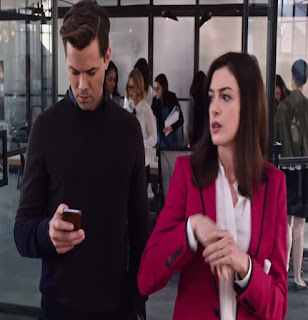 He is tasked with being the assistant to the company's founder and CEO Jules Ostin. A semi-high maintenance woman, she initially thinks having Ben around would be a terrible idea. However she is surprised when Ben does more to help her, than her real workers ever did. But Jules Ostin is in a crisis of her own. There is pressure for her to step down so a new experienced CEO would do a "better job" despite the enormous success her company has already made. 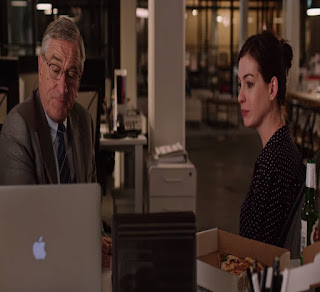 Overall The Intern was a decent movie, but one I'll probably forget in a decade's time. The idea alone of a senior citizen being an intern is ridiculous and hard to take seriously. Robert De Niro does good acting here and his character is very lovable. However the story seems like you jumped into the life of a really cool great uncle, but and sort of ordinary life at that. The movie is way too long at about two hours, and all the characters besides Ben and Jules have very little depth and you don't seem to care anything at all for them.

oops, I enjoyed this movie.

I enjoyed this movie, although I don't think it's an award-winning one. Just something fun.

The story is predictable, but I enjoyed all the happy endings.

It's a good one to watch on a rainy day when there's nothing else to choose from.