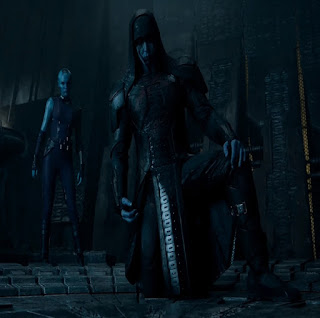 I didn't exactly loathe the Marvel Cinematic Universe's take on Ronan the Accuser but he could have been better I think. He's basically an alien radical with god-like powers. He wants to kill some other alien race for...reasons. 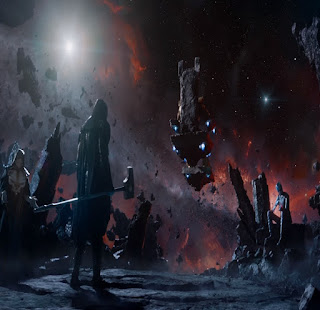 So he strikes a bargain with Thanos. If he gets Thanos this special orb, then Thanos will destroy his enemies for him. 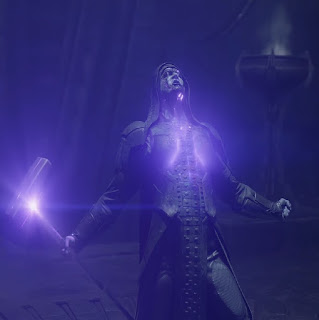 Well until Ronan realizes that the Power Stone is actually in the orb and with that, he becomes stronger than even the mad titan. 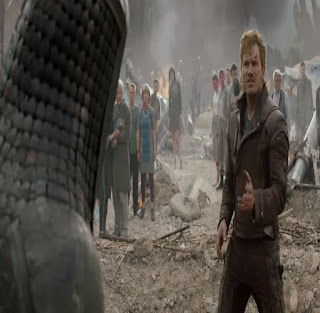 His plan is foiled by the Guardians of the Galaxy as Star Lord manages to distract him with some Earth dance moves. 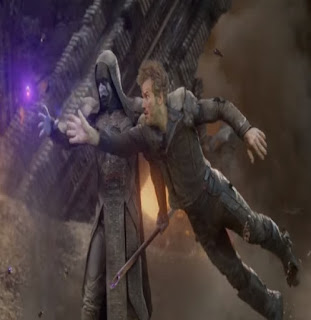 And that made Ronan lose the power stone. Peter Quill couldn't hold the power of the infinity stone for long. 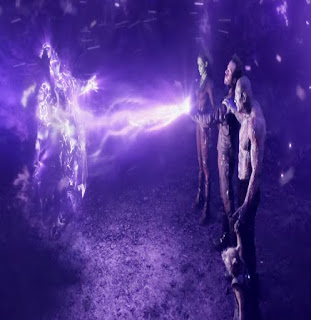 So all of his buddies shared the weight of the power stone's might and destroyed Ronan with ease.
Posted by Adam at 11:00 PM

I love Lee Pace but not his performance as this character. Too much tech and CGI.