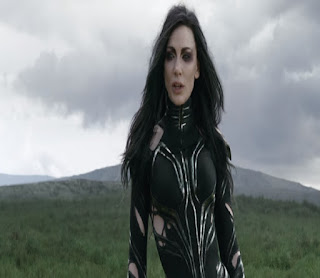 Hela is the main villain of Thor: Ragnarok and one of my favorite villains in the whole Marvel Cinematic Universe and the first real comic book-derived villain since (probably) Catwoman that I've had a crush on. Odin tells both Thor and Loki that she is their secret older sister who he had to banish. What was holding her back was Odin's magic, which died upon Odin's death. She takes no time to initiate the family reunion. 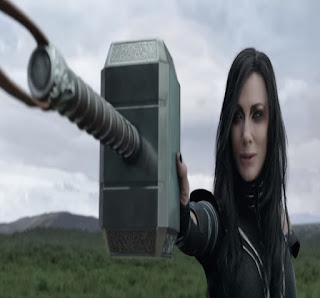 What was really impressive was that she easily crushed Thor's mighty hammer mjolnir. They shouldn't have shown this in the trailer. This would be a jaw dropper without the spoiler. 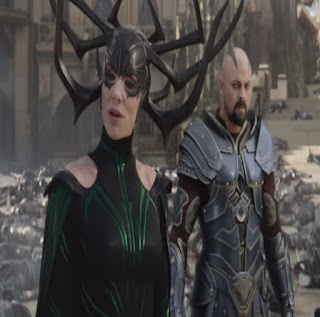 Her brothers flee and she takes Asgard for herself. The vast majority are against her, so the decent people of Asgard hid in the mountains. 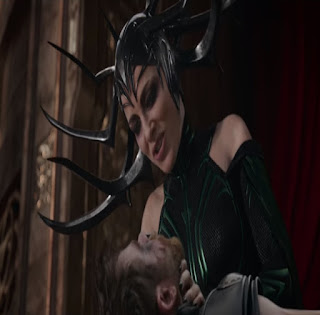 Thor manages to return to face his sister. I enjoyed this battle a lot, but I would have liked to see Hela fight Hulk for real. 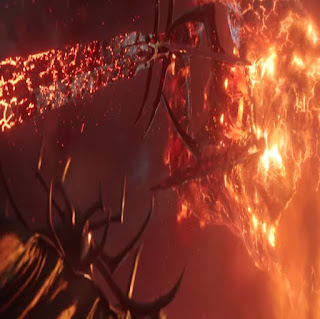 She meets her end when the sons of Odin unleash Surtur to complete Ragnarok. She never stood a chance.
Posted by Adam at 11:00 PM

Not my fave, but I did think she was a pretty cool villain for sure. Hugs...RO