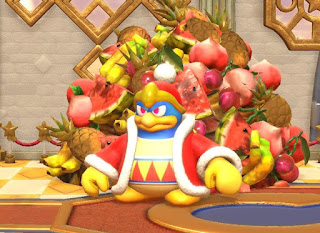 While King Dedede is the Bowser of the Kirby series, at least he's more willing to be friends with our favorite pink Nintendo hero. Though you first meet him while he's "evil"...well more evil than usual. 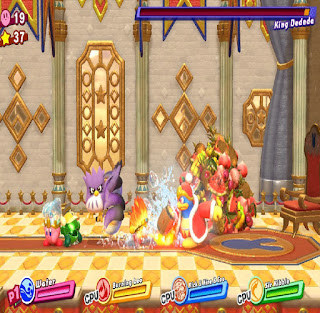 The fight starts out pretty traditional for King Dedede though easier since he's one of the first bosses in the game. The only thing that seems different is the ally characters on your team helping you. 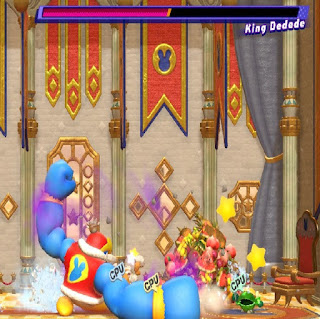 Then he gets a super-boost and has huge arms. 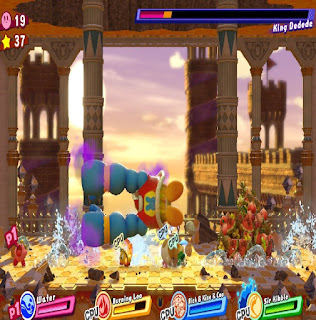 A pretty interesting fight if I do say so myself. 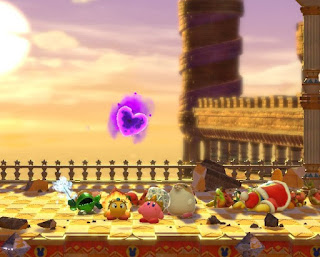 But he was turned back to evil by a magic purple heart by the game's apparent final boss. 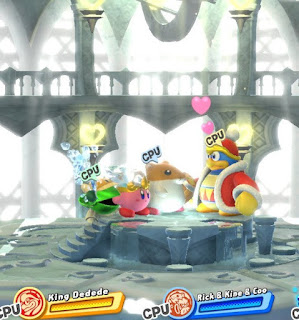 After you defeat him, he can join your team. He's an alright ally, not one of my favorites though. 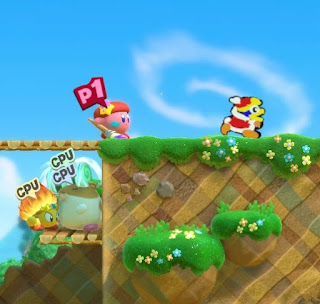 He also makes a cameo as "art" when Kirby gets the artist ability.
Posted by Adam at 11:00 PM