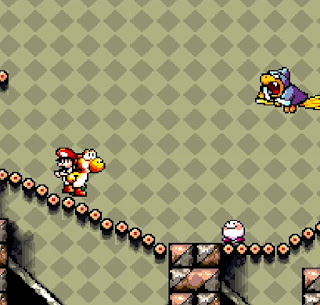 Marching Milde is a giant version of a regular milde that Kamek turns big with his magic to attempt to defeat Yoshi. I never quite realized this as a kid, but I can see milde was an "evil" parody of Nintendo' other series Kirby. 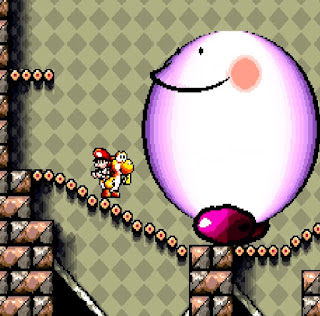 This was a fun battle. You have to stomp milde until he's gone. 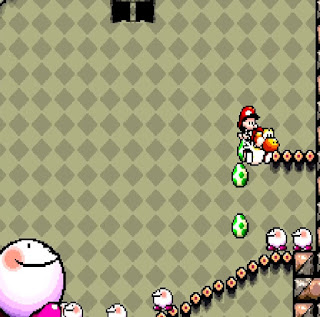 But he splits into many smaller clones. This can be a lot of Yoshi labor when all is said and done.
Posted by Adam at 11:00 PM