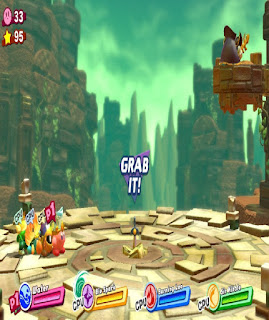 When you come across this random sword on a battlefield, you know it could only mean one thing to our friend Kirby. 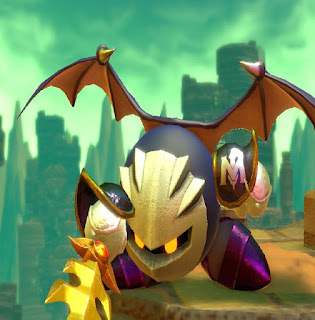 A fight with is rival and semi-friend Meta Knight. 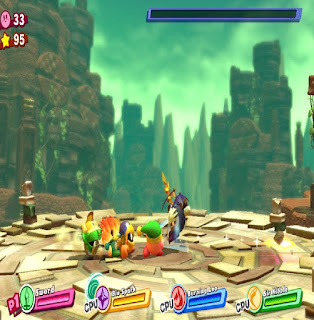 The battle seems typical at first except that you have more help this time around. 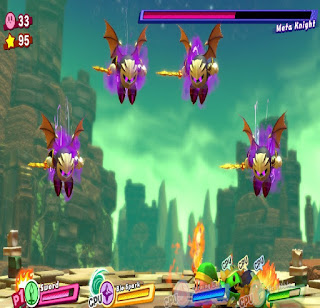 But soon Meta Knight makes up for being outnumbered by Kirby and his team. While it's a little easy, it's a pretty fun fight. 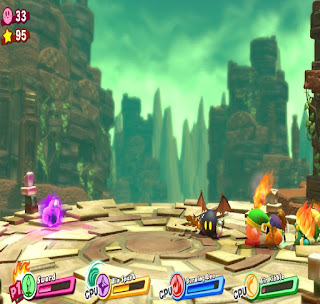 Then you see that Meta Knight only fought you after being turned "evil" by the magic heart. Also if you've never realized, Meta Knight without the mask looks a lot like Kirby. After the battle, you can ally with him and he becomes part of the team. 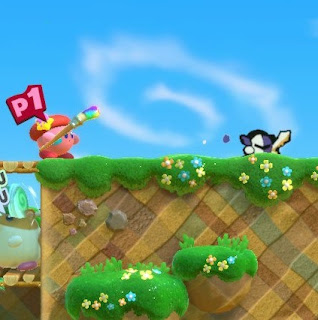 He also make a cameo as "art" when Kirby gets the artist power.
Posted by Adam at 11:00 PM