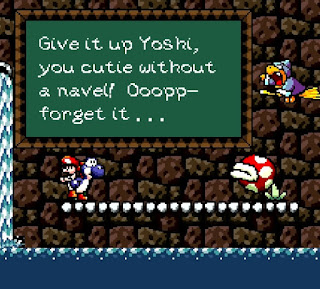 This was one of my favorite bosses in Yoshi's Island. The normal enemy is tough enough in the Mario series, a super version of it though... 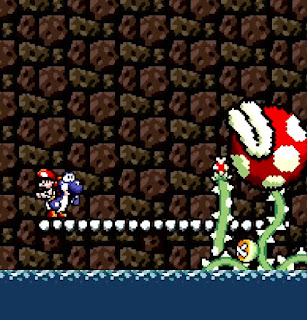 Quite a force to reckon with. Especially as the bad plant can swim while hunting you down. 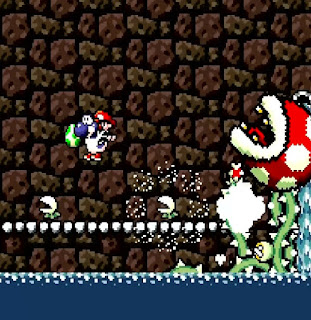 So you basically have to throw eggs at the weak spot. 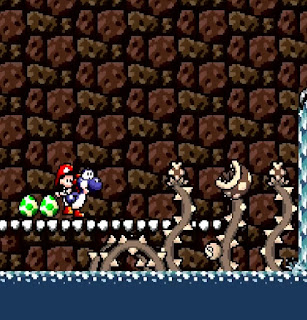 And the super plant will eventually become dead and brittle.
Posted by Adam at 11:00 PM

I used to play Mario with grandkids and it was sooo fun.