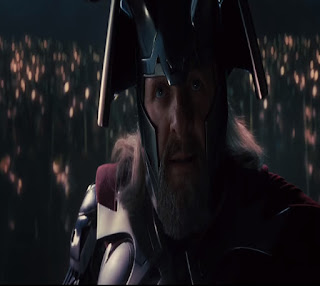 I did enjoy the MCU's take on the Norse god and Marvel character Odin, father of Thor and Loki. Despite his immense power, he seeks peace with the Frost Giants. He even takes their young prince (who they left to die due to his small size) as his own and named him Loki. 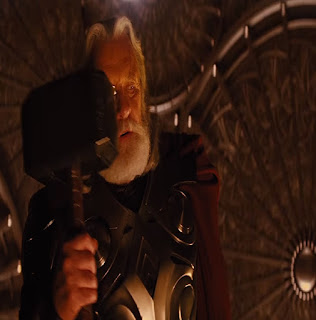 Odin was a pretty uneven father. He's often too strict or too easy on his children. He banishes Thor even though his son could have easily died on Earth without his powers. 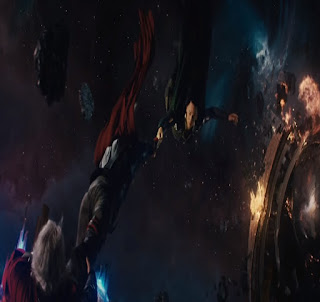 He tries to right his wrongs near the end of the first Thor movie, but Loki decides to "die" instead. 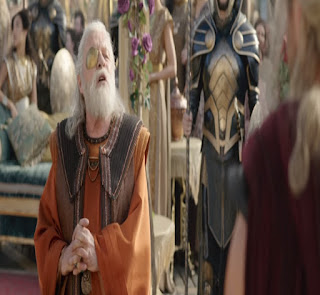 Loki ends up exiling Odin and takes his place without any of the Asgardians realizing they served a different king. That's until Thor arrives back home and sees through his brother's act. 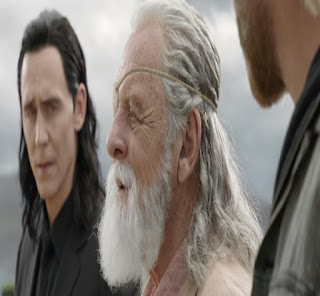 But both brothers manage to find Odin before he dies and make their peace. And then their evil sister comes to unleash hell. 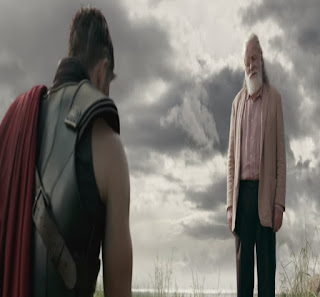 I did enjoy the vision of Odin that Thor sees. "Are you Thor, the god of hammers?"
Posted by Adam at 11:00 PM

Yes, "uneven parenting" is a diplomatic way of putting it.