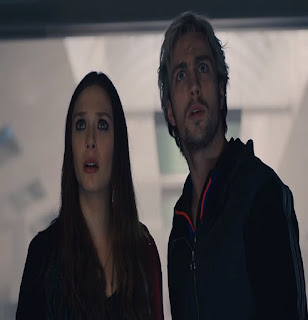 The Marvel Cinematic Universe's version of Quicksilver was a decent one. In Avengers: Age of Ultron, he starts out as a bad guy (along with his sister Scarlet Witch) working for HYDRA but when the organization crumbles, they end up working for Ultron. The character is really a son of Magneto in X-Men, but since that belonged to Fox (now that's changing) he's just some man who got powers from a HYDRA experiment. 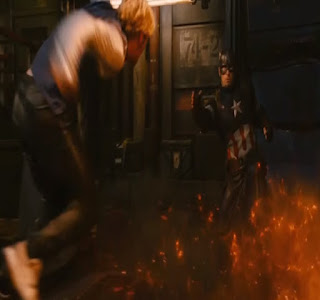 While his super-strength seemed rather limited, his speed made up for it.  He easily played the Avengers like a bunch of rookies for the most part. 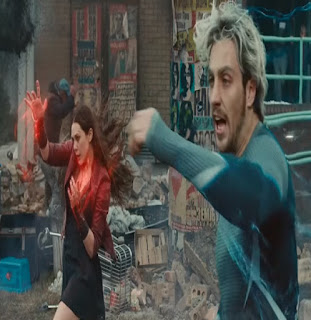 But when the twins realize that Ultron means no good in the overall picture, they switch sides and fight alongside Earth's mightiest heroes. 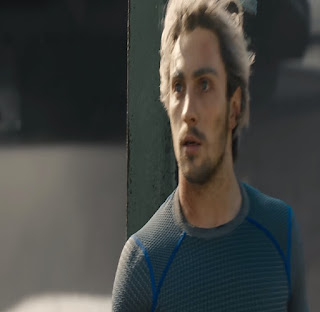 But he ends up scarficing his self to save Hawkeye and some kid from a helicopter machine gun. I certainly didn't see that coming.
Posted by Adam at 11:00 PM