Things I Like: Pon and Con (Kirby Star Allies) 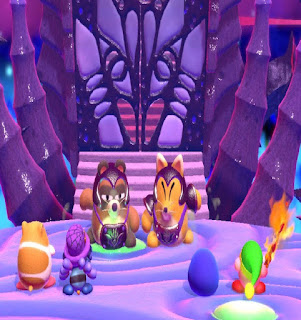 While not new to the series, Pon and Con are a duo boss who keep Kirby from getting past a gate of dark magic. 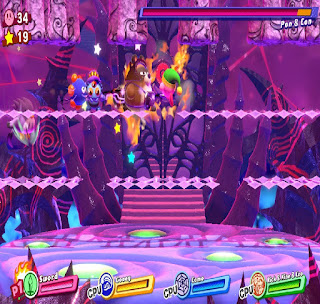 The battle is a bit of a theme park ride. You have to predict when the two bosses will appear and attack them before they get you. 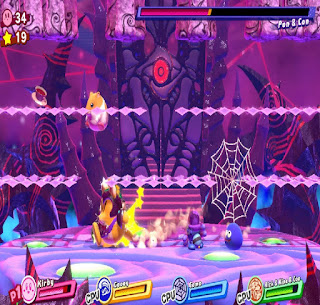 The boss battle be a little chaotic, but I think that's in a good way. 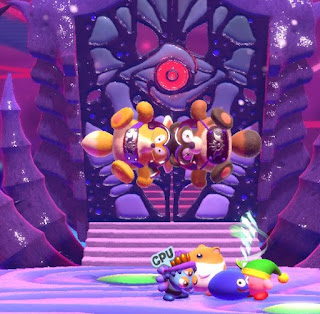 Fairly easy battle overall though, it won't take long to defeat them.
Posted by Adam at 11:00 PM