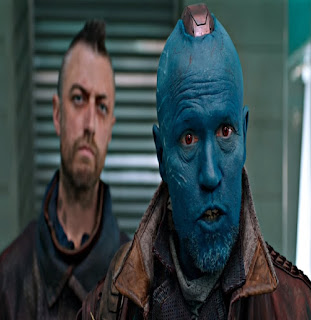 When Ego fathered a son on Earth, Yondu was tasked to retrieving Peter Quill and take him to his demi-god father. However Yondu knew the doomed fate of such kids of Ego, so he kept him safe and made him his adopted son. In the original Guardians, Starlord manages to fall out with most of Yondu's circle. 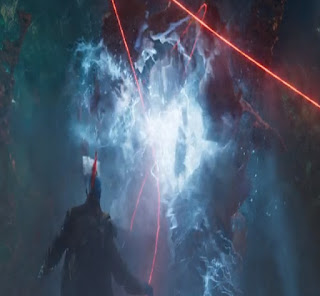 But Yondu can't seem to stay mad at Peter for long. Regardless of who you are, you don't want to be on the side of Yondu's powerful whistle arrow. 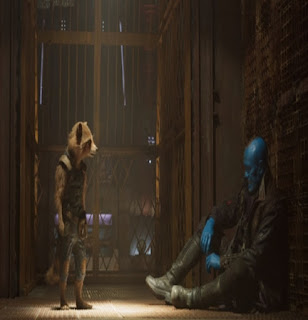 Near the end of Guardians of the Galaxy Vol. 2 he is put in a space prison until broken out by Rocket Raccoon and Baby Groot. 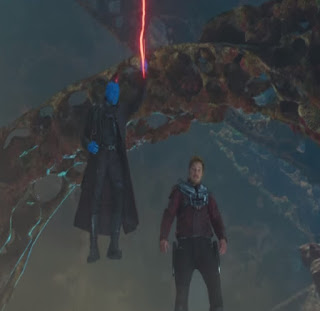 And he helps his adoptive son fight his biological dad. 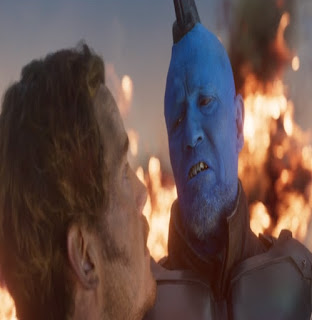 And saves him when the planet they're fighting on goes berserk. I loved that line he tells Peter where Starlord knew who his "real" father was. 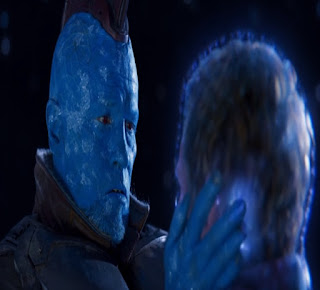 It was very touching to see Yondu give Peter his magic space suit thing which caused Yondu to die. Guess he should have carried a spare one of those huh?
Posted by Adam at 11:00 PM