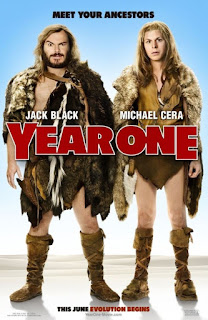 I sort of remember hearing about this movie years ago. The thing about comedies is a lot of them are too stupid and too silly for their own good. And frankly a story about "cave men" (as the poster would make you assume) wasn't interesting to me. A co-worker (a religious one) mentioned the movie to me as I'm non-religious and he thought the movie was a big tribute to atheism as it makes fun of Bible characters. I'll comment more on that later, but Olivia Wilde has a starring role and since I really like her, it made me want to see it. 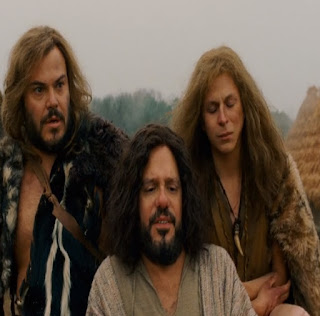 The story is mainly about two pre-historic men named Zed and Oh. Oh is a simple and fragile young man. While the macho men hunt, he gathers berries and makes tools. Zed is strong enough to hunt, but he's not very good at it. They end up getting kicked out of their village and they run into Cain right before he murders his brother Abel. Things get awkward when Cain is super sensitive about it and tries to get the two friends to convince others that he isn't a murderer. 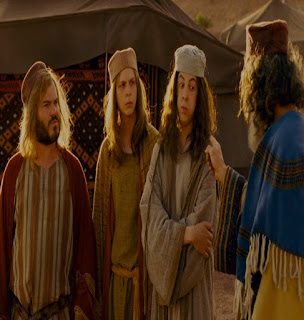 Zed and Oh eventually run into more folks. Like seeing Abraham right before he tries to sacrifice his son Isaac to God.  What they really want to do is to find and save their crushes who end up being slaves in a city they've never been to. After almost being slaughtered many times, the duo end up being guards for such a city. 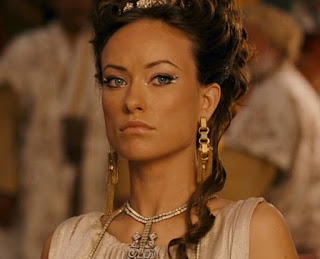 They end up causing enough attention to be noticed by Princess Inanna, who is the King's step-daughter.  Unlike the rest of the royal family, Inanna cares about the needs of the poor. She doesn't eat much because the people are starving. Like anyone though, she would do almost anything to help her people. 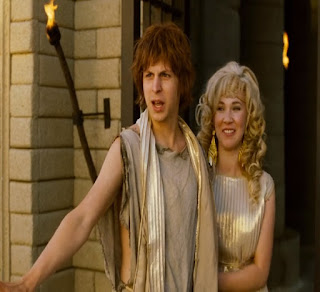 Overall Year One was not that great of a movie. I do appreciate the parts that do make fun of the Bible stories, as the the biblical tales really are silly and make zero sense. But it's hard to say if it's advocating for atheism, or just making fun of Abrahamic religion in general. The plot wasn't very good, and the jokes were about as flat as an open soda left forgotten on countertop. It is a bit of a shame really.